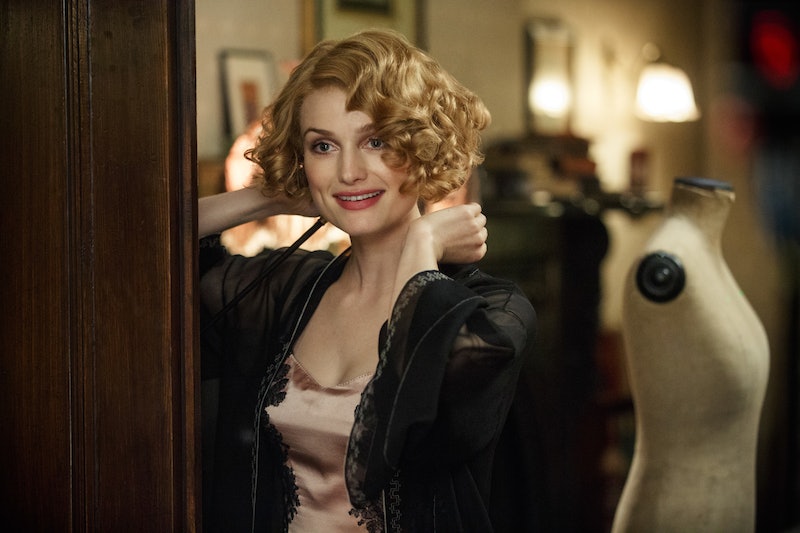 Warning: major plot spoilers ahead! The new Fantastic Beasts film, titled The Crimes of Grindelwald, saw the return of many beloved characters, including Newt Scamander (Eddie Redmayne), Tina Goldstein (Katherine Waterston), and lovable No-Maj Jacob Kowalski (Dan Fogler). However, it was Queenie Goldstein, played by Alison Sudol, who received extra attention from fans for her arc in Fantastic Beasts 2. The story arc, which concluded with Queenie siding with Grindelwald, was so completely out of character for the formerly sweet and kind Legilimens that fans were outraged and thought it made absolutely no sense. However, Alison Sudol defended Queenie's choice in Fantastic Beasts 2 during a recent interview with Entertainment Weekly to help fans understand that rather puzzling plot twist.

In The Crimes of Grindelwald, Queenie's path to the dark side began after she and Jacob fled to Paris due to their witch-muggle relationship being considered illegal under American wizarding law. Shortly thereafter, Newt revealed that Queenie had Jacob under a spell in order to manipulate him. From there, it's a downward spiral that eventually led to her ultimately being seduced by Grindelwald and his promise of a better world for both muggles and wizards. But are we really supposed to believe that this, in itself, is enough to sway Queenie to veer so far off from her former path? Sudol admitted to EW that she too was shocked when she first learned about the twist.

“I was like, wait, how did this happen?” Sudol explained. “It took a long time in my imagination to even begin to understand. And throughout the course of the film, to just begin to reconcile who she was in the beginning with the choices that she makes and realize she isn’t a different person she’s just abandoned in a really untenable circumstance.”

But unlike many fans, Sudol soon came around to the unfortunate predicament her character found herself in. Ultimately, Queenie felt abandoned by those she loved most. “It’s not so much about Jacob not coming with her to the dark side, it’s like, ‘Jacob, walk with me, we’re in this together,'" said Sudol, who also mentioned Queenie's distance from her sister Tina. "And she doesn’t have those two, so who does she have? Newt’s kind of betrayed her — he called her out, it was embarrassing. What does she have?”

However, even despite Queenie's drastic decisions in the film, Sudol still feels that her character is ultimately a good person. She's just the latest victim of Grindelwald's manipulations — something that even the great Albus Dumbledore succumbed to in his youth. “I still believe in her heart of hearts she’s going over to fight what she believes in,” Sudol remarked, adding:

“Grindelwald is saying, ‘we’re creating a different world’ and the world that she is in is broken. I don’t believe she’s turning evil. It’s more like she’s trying to find somebody who is giving her an option. He’s manipulating her but he’s manipulating everybody. He even did that with Dumbledore.”

It's true that no character, not even the future headmaster of Hogwarts, is free from sin. So there's a chance that Queenie could still come to her senses later on. (Lest we forget, we still have three of these movies in the Fantastic Beasts franchise to go.) Granted, you would think that a skilled Legilimens like herself would be able to read Grindelwald's thoughts and see his true intentions. Maybe that's what ends up bringing her back to the right side of things. Either way, let's hope that Sudol is right and that we shouldn't give up on Queenie just yet.