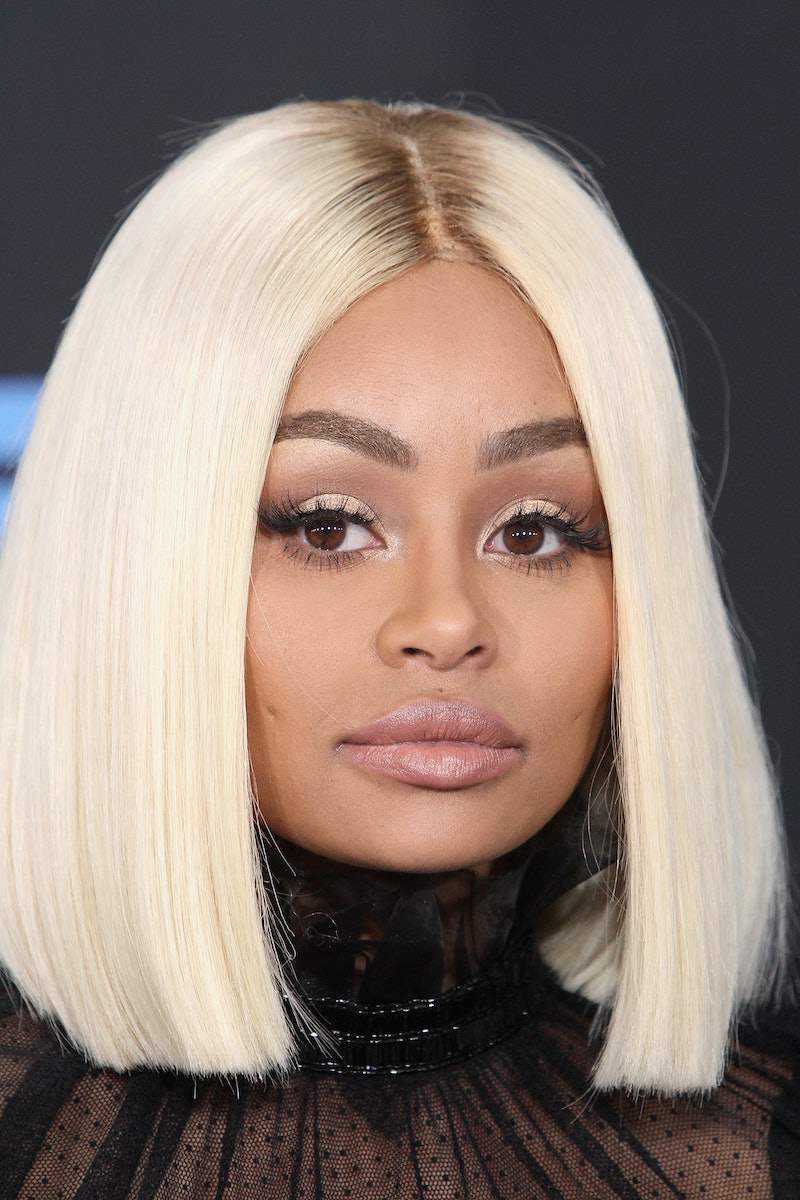 The internet is having a field day as Rob Kardashian makes allegations about Blac Chyna on Instagram. The morning melee started with the incendiary allegation from Kardashian that the 29-year-old model allegedly cheated on the 30-year-old reality star. As more posts started to appear, fans were unfortunately privy to nudes allegedly of Chyna, videos of her being wheeled around in a hospital allegedly for plastic surgery, and unsolicited insight into Kardashian and Chyna's tempestuous relationship.

EARLIER: Kardashain made numerous claims about Chyna from allegations that she drinks and does drugs at the expense of hanging out with her children to allegations that she cheated on him with multiple partners. Seemingly in response, Chyna posted a video of a diamond watch and rings on Snapchat with Drake's song "Cameras" playing in the background, which includes the lyrics, "Don't listen to the lies, I swear they all lies." Chyna also claimed in since-deleted Snapchats that Kardashian allegedly abused her. Bustle has reached out to reps for Kardashian and Chyna about their allegations against each other, but has not yet received a response.

Kardashian's account is not currently available on Instagram, but here's a look at what he has accused Chyna of before it was either taken down or deleted.

She Allegedly Slept With Another Man After Sleeping With Him

Kardashian kicked off his tirade with a video of Chyna kissing another man. He captioned the post, "Hahahaha Chyna just sent me this video saying happy 4th of July what a crazy person. Come spend time with your daughter instead of f*cking me and then this dude right after. U need help."

She Allegedly Doesn't Speak To Her Mother

Along with a photo of a man allegedly resting in his bed, Kardashian claimed that he has taken care of Chyna and her mother's bills since he claims Chyna hasn't spoken to her: "I pay lambo. Ferrari. Down payment on the rolls. Downpayment on your moms car. I pay your mother since u won't even call your own mother back in months. I prob spent a million alone in the past 2 months. 90K necklaces. 70K watch."

She Allegedly Drinks & Does Drugs

Kardashian claims Chyna gets drunk and allegedly does drugs. He claimed that drugs were "dropped off to her house yesterday." He continued, and claimed, "U will never see Dream again unless u stop the alcohol and drugs and cocaine and X and E. lol. That's called a party pack."

She Allegedly Did Not Lose Her Baby Weight Naturally

Kardashian posted a video of Chyna allegedly about to receive surgery after giving birth to their daughter. "Everyone wonders how Chyna lost all that weight after the baby and she lies to everyone but no I'm such a great Husband that on our anniversary I paid 100K to do this surgery to get all everything fixed as much as they could," Kardashian claimed.

She Allegedly Plans To Have Another Baby

Kardashian alleged that Chyna claimed she was planning to have another baby: "The girl told me today she gonna have a third baby daddy and she also told me today she wants to have more kids next year in June. And she sending me videos of her and other man with our babies in the house."

She Allegedly Left Rob After He Paid For Her Plastic Surgery

The wealthy reality star alleged that the model abandoned him and daughter Dream after he paid for her plastic surgery: "I had my daughter out of Love but this woman left the second I paid for her body surgery and then she was out. Chyna please get help."

She Allegedly Staged Their Visit To Disneyland

Kardashian claimed that Chyna put on a facade for the cameras to make them look like one big, happy family on Father's Day. "...fakes like we all good on Father's Day and begged me to go and staged the paparazzi to be there in front of her house and at Disneyland," Kardashian claimed. "I'm done with this woman thank God for God ! Showing me the light !"

She Allegedly Only Had Dream To Spite Kylie Jenner

Kardashian and Chyna's relationship raised a lot of eyebrows from the beginning. Rapper Tyga, the father of Chyna's son, was dating Kardashian's half-sister Kylie Jenner. This tangled web and Chyna's pregnancy with Dream led some fans to believe Chyna only hooked up with Kardashian to make Tyga and Jenner jealous. Now Kardashian has claimed, "My daughter is the best thing that happened to me and she will know that Chyna did this out of spite not love cuz she mad my little sister took her baby daddy."

Kardashian reposted the video of Chyna kissing another man, but added a caption claiming, "So now the total is 8 dudes in less than a month come on man. This is wild. Omg I'm actually laughing."

She Allegedly Wasn't With Dream On The 4th Of July

Rapper T.I. allegedly chastised Kardashian for airing his and Chyna's dirty laundry on Instagram, according to a screenshot posted by an account called @teezyvision, which was reposted by Kardashian. However, the reality star then alleged that T.I. paid Chyna to have sex with him and his wife, Tiny: "Chyna told me everything about your threesomes with you and her and Tiny. U got no moves bro." T.I. then posted on his own Instagram account a photo with the words "dodge the bullsh*t" and the caption, "And duckin these ducks."