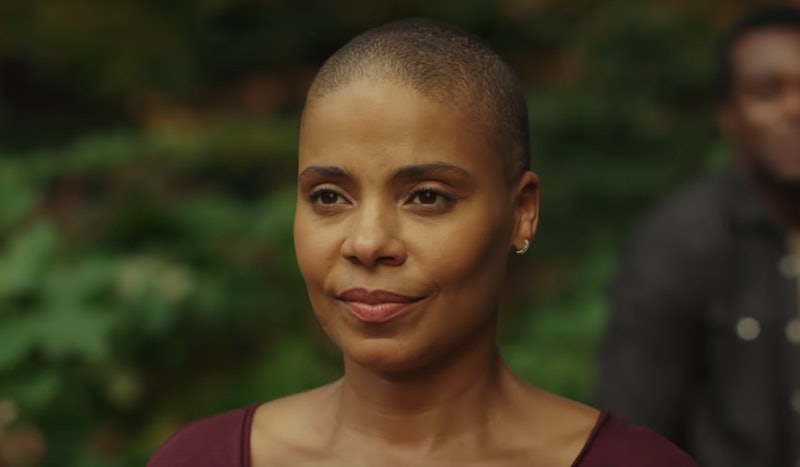 Netflix is continuing its foray into rom-coms and one of the latest is Nappily Ever After, which was released on September 21. The film follows a woman named Violet (Sanaa Lathan), who has tried to be perfect her entire life, including having the perfect hair, but after some major changes go down, decides to shave it all off. The movie shows Violet going through many ups and downs and the songs in Nappily Ever After mirror that journey — some of them very literally.

While an official soundtrack has not be released (at least not yet), all of the songs are, of course, listed in the end credits of the movie. They've also been rounded up by users on Tunefind, including — for many of them — descriptions of the scenes in which the songs played. Those who watched the movie have also been asking questions about particular tracks and moments in the comments section on the site, with other viewers providing them with the answer. So while the end credits are certainly helpful, if you need to know what was playing when Violet took Will to her mom's cookout, then the people of Tunefind have your back.

The soundtrack for Nappily Ever After spans different genres, but the songs all speak to what happens in the film, and some of them do that more literally than others. For instance, "Doing Me" kicks off the movie with: "Sometimes I wear my hair down to my back/ Or I cut a bob and do it into single plaits/ And if it's the summertime maybe do a weave/ Always change my style depending where my head is at."

But there is much more music to come after that, so below is a list of all 26 songs that play in the movie, along with the YouTube videos when they were available. (If you watch on the actual YouTube site, you'll see plenty of "Nappily Ever After brought me here" comments.)

The APX — "Lose Yourself To The Groove"

The California Honeydrops — "A Higher Degree"

The Cinematic Orchestra — "To Build A Home"

Tank and the Bangas — "Eggs Over Easy"

Jerome Fletcher — "Here We Are"

Craig Hlady — "Strolling Down The Avenue"

Birdy — "Keeping Your Head Up"

The Wayne Wilentz Quartet — "The Terrace"

If watching Nappily Ever After left you with unidentified songs stuck in your head, at least now you can live in peace, knowing exactly what each song is without having to type a bunch of scrambled lyrics into Google.