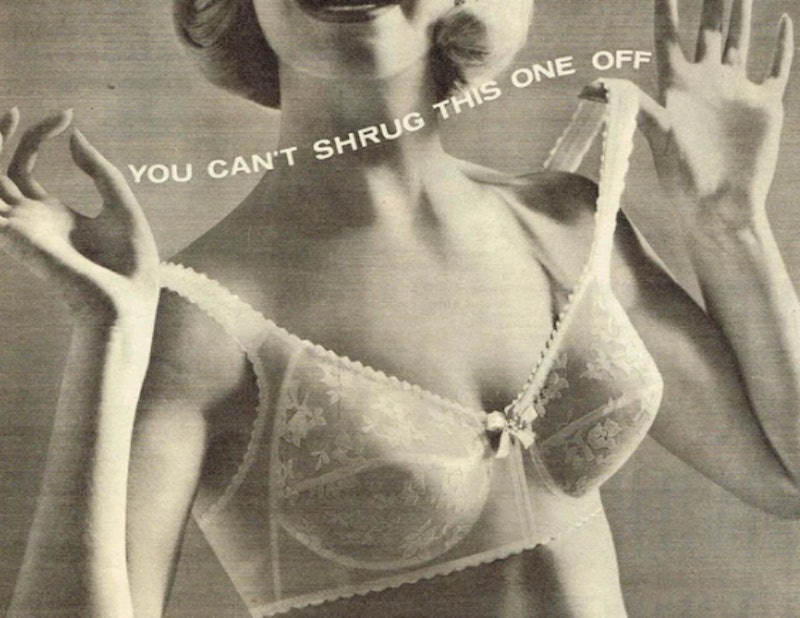 If you think your bra drawer doesn't have much of an unseemly past, think again. There have been plenty of bra scandals through history, where the flash of a strap or the brush of a curve has sent people running to their pulpits, hoisting up their picket signs, and preaching the decline of the nation's moral fiber all thanks to women's boobs. Chests have been terrifying society for centuries on end, mainly because free boobs were usually linked with free women. Women are policed for a reason, and that's so a certain power structure stays in tact.

From straps lazily sliding off shoulders, to push-up bras cheating cleavage, to corsets ditched for comfort, any moment that a woman broke from proper underwear etiquette threw people into a panic. Mainly because it signaled a shift in balance. It didn't matter if it involved a dress that didn't require Victorian whale-boning, or if it revolved around a woman who decided to treat her sports bra as a shirt. Visible bras had a way of inducing mass-stress, no matter the era. Ahead are all the times bras have shocked in history — it will make you rethink the power of your old Fruit of the Loom bra.