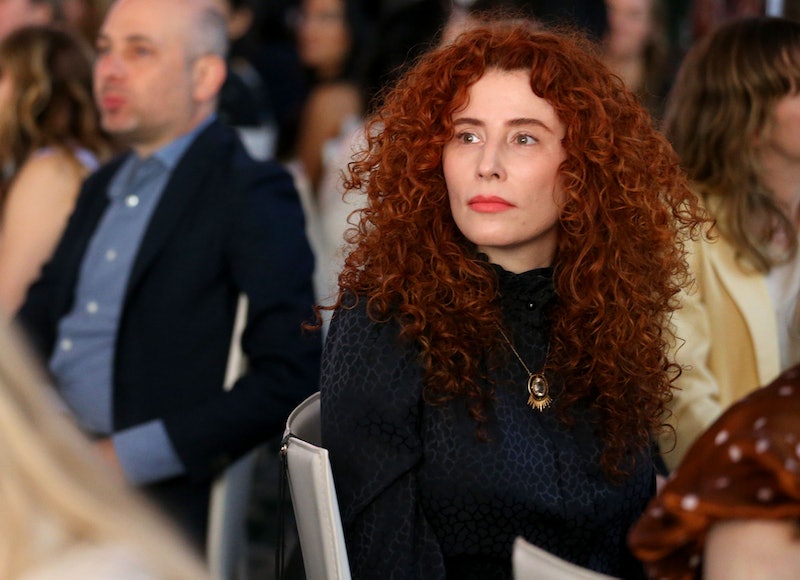 When Alma Har'el first met Shia LaBeouf she had no idea about the lurid tabloid headlines that shrouded the Transformers star. The actor had reached out after watching her documentary Bombay Beach, a bruising look at poverty and masculinity in America. They met at a restaurant but the food grew cold and started to congeal on their plates while they chatted away. As they shared stories about their alcoholic fathers, Har'el realised that she had met a kindred spirit as wounded and creative as she was.

“We had very different relationships but there is a similarity in all children of alcoholics and children of addicts,” says the softly-spoken Israeli-American filmmaker. “In terms of the care that they hold for other people and the empathy they have. The role they play as children where they’re expected to be caregivers at a very young age and what that does to them. That's something that I've been dealing with a lot of my life.”

Born in Tel Aviv, Har'el started out as a photographer and collaborated with bands like Balkan Beat Box on live video art performances. She then branched out into directing music videos and won critical acclaim for her work with indie band Beirut. "Elephant Gun," their first project together, was named one of the top 50 music videos of 2007 by Pitchfork. Har'el moved to the U.S. in 2008 and was married to director Boaz Yakin, but the couple divorced in 2012.

Having formed an instant bond with LaBeouf, the pair went on to work together. First on the music video for Icelandic band Sigur Rós’ song "Fjögur píanó" and then on Har'el’s next documentary, LoveTrue, which LaBeouf produced. So, when the actor sent her a script about his own troubled upbringing as a child star, written during LaBeouf's court-imposed stint in rehab, Har'el knew straight away that she had to be the one to bring his story alive.

Har'el explans: “We had a lot of conversations because he was diagnosed with PTSD. One of the ways that people deal with PTSD is recreating some of the trauma and talking about it. So this was an extension in many ways of psychodrama [a form of psychotherapy which involves patients role-playing events from their past]. There was a heavy therapeutic element to making this film for everybody involved.”

Honey Boy, which screened at the BFI London Film Festival in October 2019, is a harrowing depiction of the unrelenting cycle of abuse and addiction. It examines the turbulent relationship between a young actor named Otis (played by both Noah Jupe and Lucas Hedges) and his deadbeat father James (played by LaBeouf). Singer FKA Twigs also makes her acting debut as a neighbour.

Sporting a receding hairline and a beer gut, Shia stars as a fictionalised version of his own dad. James is a former rodeo clown and convicted sex offender, still bitter that his own career has long been on the skids. Taunting his 12-year-old son for having a “dick like a golf pencil” and bribing him with cigarettes, he’s a competitive, racist, and emotionally manipulative bully.

Talking of Shia’s meta performance as his father, Har'el reflects: “He's abused you but he’s also loved you more than a lot of other people and taught you so much. You have such a complex relationship. You can enter that trauma through cinema, which is the thing you care about most in life. Then all the lines get crossed. Something emerges that is kind of demonic sometimes but also godly.”

Perhaps surprisingly, LaBeouf is still on good terms with his father Jeffrey, a Vietnam War veteran. And the experience of shooting Honey Boy pulled Har'el closer to her own father as well. “In one of the last scenes when Shia sits on the toilet and talks to his son after throwing up, I wanted Noah to sit on the floor because a lot of the conversations I had with my father happened like that,” she says. “I remember crying by the monitor watching it. It was so special. I called my dad. I'm very thankful that I got to make this film. I can't wait for my own father to see it even though he's a very different man from Shia’s dad.”

Honey Boy delves deep into toxic masculinity; how men damage themselves by locking away their feelings and hiding behind macho bravado. We see young Otis puffing away, a chain smoker already at 12, trying to emulate his dad when all he really wants to do is hold his hand. While as a 22-year-old movie star forced to confront his emotions in rehab, he’s truly grown into his father’s son. He’s cocky and belligerent, unsure of who he is without his crippling pain and rage.

For Har'el, it’s clear that society’s expectations of gender roles are harming everyone. “I would say that we are now unravelling and having a time of reckoning with how much women are actually suffering in our society from the lack of opportunity, the danger of sexual assault and all the things that are part of a world that is created by men for men,” the director says. “But this film allows us to see why a lot of men that partake in that world have their own pain and their own trauma that they're dealing with.”