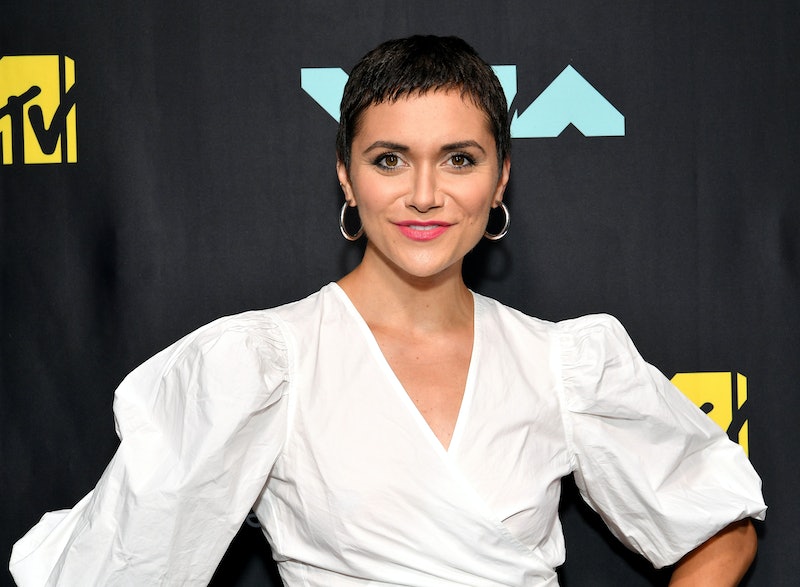 In the ultimate trip down memory lane, Ellen DeGeneres shared a throwback clip of Alyson Stoner teaching her how to dance — and the footage is the post-VMAs content you need. In a Monday, Sept. 9 appearance on the Ellen DeGeneres Show, Stoner reunited with the talk show host for the first time in 16 years to discuss her viral cameo at the 2019 MTV Video Music Awards alongside Missy Elliott. "It was absolutely perfect," Stoner told DeGeneres of reuniting with the rapper. "Obviously, credit goes to Missy for allowing me to participate and honor her and kind of recreate that timeless moment."

Stoner’s appearance on Ellen marks her first since 2003, when she tried to teach DeGeneres some of her signature moves from the “Work It” music video that cemented her place in the pop culture zeitgeist. In Monday’s episode, DeGeneres shared a nostalgic clip from Stoner’s very first time on the show. In the hilarious footage, a then 10-year-old Stoner dances onto the stage in her signature pigtails, the ultimate early 2000s outfit — baggy red capri pants, a tank top, a bedazzled red headband, and sneakers, and all — and attempts to teach the comedian how to do the Harlem Shake.

Stoner and DeGeneres’ endearing reunion comes on the heels of the dancer’s performance at the MTV VMAs on Aug. 26. Prior to accepting her Vanguard Video Award, Elliott performed a medley of her greatest hits and, to the sheer delight of fans, the rapper brought a now 26-year-old Stoner onstage during “Work It” to recreate her iconic moves from the 2002 video.

Of course, the unexpected cameo made Twitter users very emotional and nostalgic.

A day after her highly buzzed-about performance, Stoner revealed that the cameo came together quickly and that Elliott's creative director, Hi-Hat, had reached out just one day before. "Let’s talk quick facts.. HiHat hit me up a day before to jump in, said 'do your thing' and then it was showtime," she tweeted on Aug. 27 about the choreography. "But those grooves don’t leave your system."

On Ellen, she also reflected on the attention she’s received after the performance: Stoner has reached a million followers on social media post-VMAs performance, and even credits DeGeneres for the feat. "Conveniently, I reached a million soon after you reshared the clip, so," she told the comedian. "Thank you." The two then took a selfie together to boost her follower count. "We have matching hair," Stoner said after taking the picture.

During her interview, Stoner also discussed downsizing her worldly possessions in order to live more simply. "I think it’s very simple. The simpler your life is, the more room you have for your health and relationships to flourish," she told DeGeneres. "It was very easy to sort of go as wild and luxurious as the entertainment industry can seem to be. That’s how much I want to counter it. And I can fit all of my belongings in my car. You just have this weightlessness."

Between Stoner's reunion with both Elliott and DeGeneres, the early 2000s nostalgia is so real.