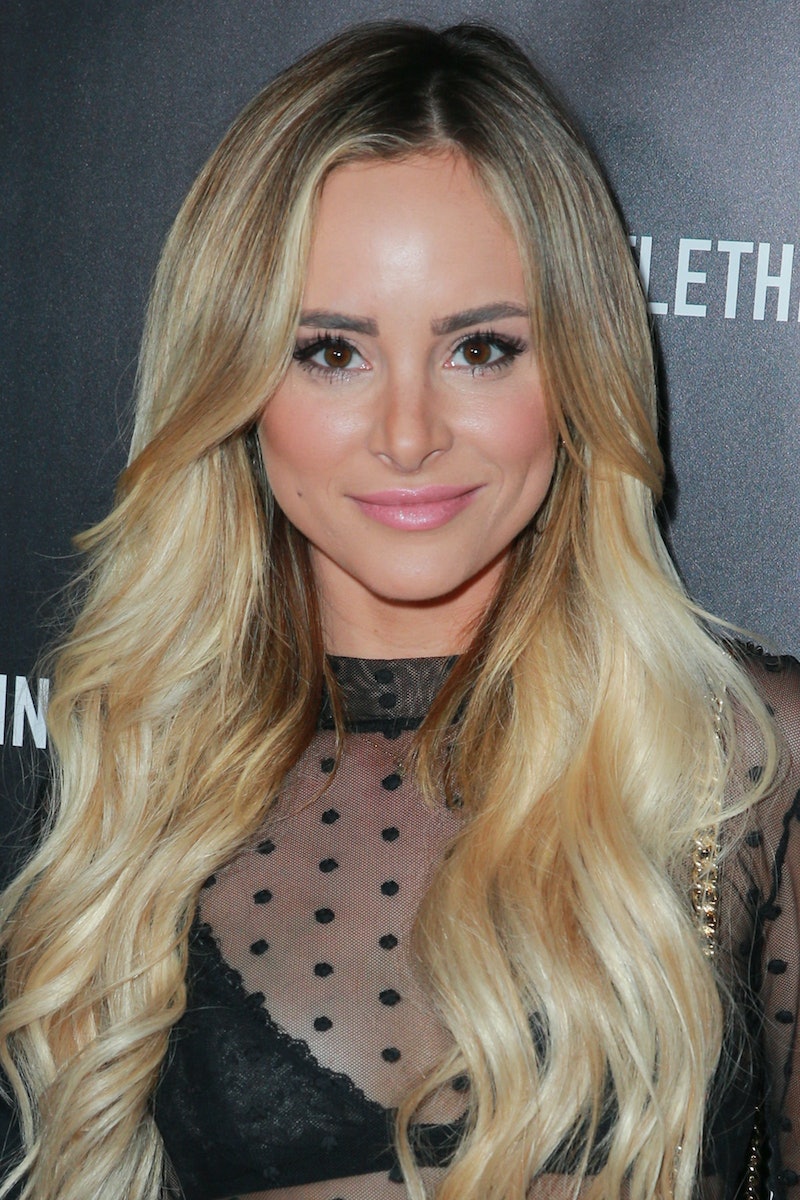 Fans have followed her journey to find love within Bachelor Nation for years, but Amanda Stanton's new boyfriend actually hails from outside the franchise. His name is Bobby Jacobs, and he and Amanda have been cropping up on each other's social media profiles for a few weeks now. And if they're serious enough to make things Instagram official, then the relationship is serious enough to dive into, so step right this way to find out what the reality star's new beau is all about.

First, the basics: Jacobs lives in Southern California near Amanda, and according to E! News, the couple met when he "slid into her DMs." Awwww. At 32, he's also four years older than 28-year-old Amanda — information which is available on his Jacobs' Beach Volleyball Database player page. Because that's right — the Californian is a pro-volleyball player, participating in the AVP Pro Beach Volleyball Tour League, where his top ranking so far has been 112th, in 2017. That page also lists his height at 6'6", which means the athlete has almost a foot and a half on his new girlfriend. (According to Amanda's IMDb page, the social media influencer is just 5'2½".)

The pair first showed off their height difference in a photo from the Stagecoach Music Festival at the end of April, where they made their public debut as a couple. But according to a source speaking to E! News, Amanda and Jacobs began dating even before that, around the beginning of March, so they're coming up on four months together.

And by the looks of it, they're still going strong. Their feeds have been dotted with images of each other ever since, as Jacobs weaves his new girlfriend into a life that also includes his dog Uzzi Bear, a little white puffball of a Samoyed.

As you might recall, Amanda has some family of her own — two adorable daughters named Kinsley and Charlotte, who goes by "Charlie" — but according to E! News, Jacobs has yet to meet them. The outlet's source claims the single mom is taking things slow, saying, "Amanda doesn't know where it's going to go yet because they're still getting to know each other, but so far so good!" Taking it slow is always a wise move, but perhaps especially for Amanda, whose past relationships have been the definition of whirlwinds.

The reality star was married to ex-husband and father of her children Nick Buonfiglio for a little less than three years, from October 2012 to June 2015. According to Life&Style, she began filming The Bachelor Season 20 just three months after her divorce, where she made it all the way to Hometowns before Ben Higgins sent her home in fourth place. After that season aired in 2016, Amanda then jumped immediately into filming for Bachelor in Paradise Season 3, which she ended by getting engaged to Josh Murray. That relationship broke up for good in March 2017, at which point Amanda again left for Paradise, Season 4 this time, where she was briefly linked to Robby Hayes, before their very public, extended, and dramatic breakup.

Phew! This is why it's so refreshing to see Amanda take a shot with someone outside the franchise, and without being tailed by cameras everywhere she goes.

Based on the photos the couple has posted so far, they seem pretty infatuated with each other, so apparently having a little more time under the radar, instead of in the spotlight, has already been paying off.

Still just three years out from her divorce, Amanda is more than due to have a relationship that goes at a pace decided by her and not a production crew. Best of luck to these two, and may Neil Lane never cross their path until they want him to.