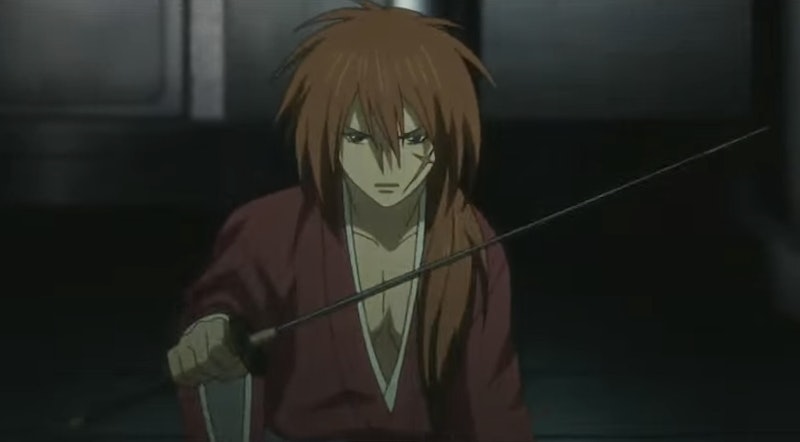 From Japan to your Macbook screen, the dream channel for anime fans just arrived. According to Huffington Post, Amazon debuted a new anime streaming service called Anime Strike, and no doubt your inner 11-year-old is squealing "Yatta!" For Amazon Prime members, it'll only run you $4.99 a month, so you can easily afford it if you're willing to sacrifice a cappuccino or two. But how does it work, and will it cater to the anime classicist or the most thorough devotees of the genre?

So far, it's hard to say. If you're expecting the top totems from your childhood — that is the mom and pop of mainstream anime, Dragon Ball Z and Sailor Moon — Anime Strike hasn't gotten around to it... yet. But they have familiar faces from the block like a revamped Rurouni Kenshin (A New Kyoto Arc is still pretty fresh) and timeless movie masterpieces like Akira and Paprika (which is so delightfully weird, if your high school boyfriend never forced you to watch that). And honestly, this is just the beginning with new titles reportedly being added every week. This could be a game changer —or at least it shows there's a valid demand in this niche category that necessitates its own channel. It's big. It's way big. It is a serious blessing in disguise for those of us who grew up when anime was still trying to break into the American market.

Flashback to 15+ years ago: You had to wait around for certain properties to come to the U.S. and maybe make their way to Cartoon Network. If they did, you were forced to accept the wonkiness of the dub and the Funimation-acation of dirty shows made awkwardly clean. And if you wanted to get your hands on something a bit more authentic, it took you to weird places, with VHS subs coming in unmarked white boxes. They were always so fuzzy. They were always filled with very, very strange commercials. Why?

Yeah, maybe this hits me a little hard in particular. And while I did take the "Anime Princess" moniker off my current email address when I hit 18 — weirdly enough, people don't consider it a professional title — I still marvel at Chi's outfits in Chobits, think Kimi Ga Nozomu Eien echoed my high school love triangle, and own more Sailor Moon merchandise than is socially acceptable at 25 — or any age. Because who really needs a $200 replica of the musical moon locket that helped restore Mamoru's memory when he was brainwashed? (I do, and once my next paycheck comes in, it is mine).

So, Anime Strike is definitely a nice service that shows how far anime has come with a Western audience in the past 20 or so years. At long last, you can kiss those VHS tapes goodbye.