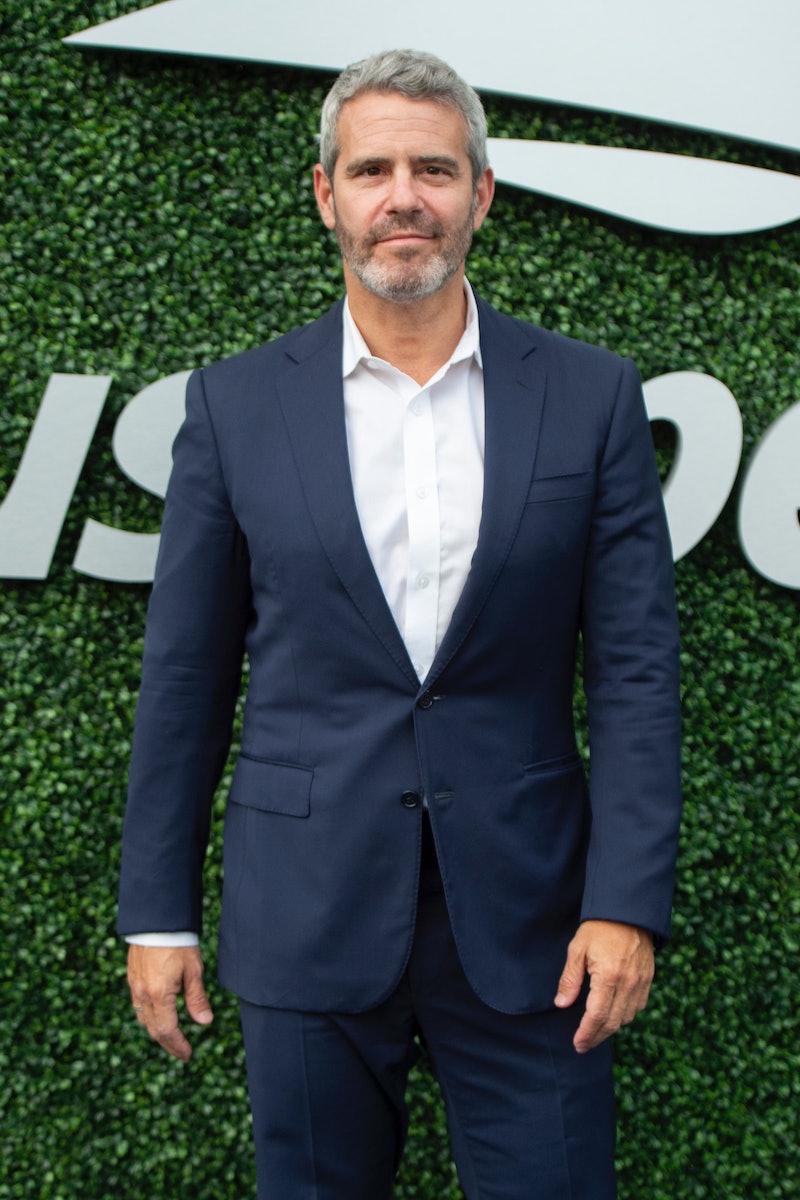 Following the termination of two Vanderpump Rules Bravolebrities, Andy Cohen says he supports Stassi Schroeder and Kristen Doute's firing. As the former head of Bravo programming and former executive producer of Vanderpump Rules, as well as the current host of the series' reunion, Cohen decided to weigh in on Bravo's decision to get rid of Stassi and Kristen following racist actions the two made against former costar Faith Stowers. (Bustle previously reached out to both Stassi and Kristen's reps for comment about their firing, but did not receive an immediate response.)

During an episode of SiriusXM's Radio Andy on June 10, Andy said, "I absolutely support Bravo's decision, I think it was the right decision." He also made it clear that since he's no longer a producer of Pump Rules, he doesn't have any say in who gets fired or hired.

On June 2, Faith revealed that Stassi and Kristen once called the police on her and even attempted to have Faith arrested for a crime she did not commit. Just days before their firing was announced, they both issued apologies to Faith in statements shared on Instagram. "I did not recognize then the serious ramifications that could have transpired because of my actions," Stassi wrote in part. "What I did to Faith was wrong. I apologize and I do not expect forgiveness." As for Kristen, she said her actions weren't "racially driven" and added, "I am now completely aware of how my privilege blinded me from the reality of law enforcement's treatment of the black community, and how dangerous my actions would have been to her."

Since Stassi and Kristen's firing on June 9 (Brett Caprioni and Max Boyens were also let go from the cast for past racist tweets), many other Bravolebrities have commented. Real Housewives of Atlanta's NeNe Leakes replied to an Instagram from Bravo announcing the firing news, "Well alrighty then! Now we have a few more questions to ask about in other areas where there's a major difference. Should we talk privately or publicly?"

Andy said during his radio show that he didn't see NeNe's comment, but revealed he had spoken with her costar Kandi Burruss who he said "had some really fantastic suggestions for how we can move forward and we're all ears."

Real Housewives of Potomac's Candiace Dillard Bassett also tweeted about Stassi and Kristen, asking for more accountability from the network. "I just really think it’s important to not just fire people because the trend now holds you accountable for endorsing and employing racial terrorists," she wrote. "Leadership needs to explain WHY they choose not to tolerate racial discrimination and prejudice."

On June 9, Faith herself responded to Stassi and Kristen's termination and told Page Six, "I feel so vindicated studios and production are able to see blatant racism and make these positive changes and help move the race forward — help with the fight forward."

More like this
Everything To Know About 'The Real Housewives Ultimate Girls Trip' Season 4
By Jake Viswanath
Andy Cohen Apologized To Larsa Pippen After A 'RHOM' Season 5 Reunion Dust-Up
By Brad Witter
'Bachelorette' Vet Clare Crawley Unveiled 2 Special Wedding Day Accessories
By Stephanie Topacio Long
Joey Essex Is Rumoured To Be Dating A 'Love Island' Favourite
By Sam Ramsden
Get Even More From Bustle — Sign Up For The Newsletter
From hair trends to relationship advice, our daily newsletter has everything you need to sound like a person who’s on TikTok, even if you aren’t.