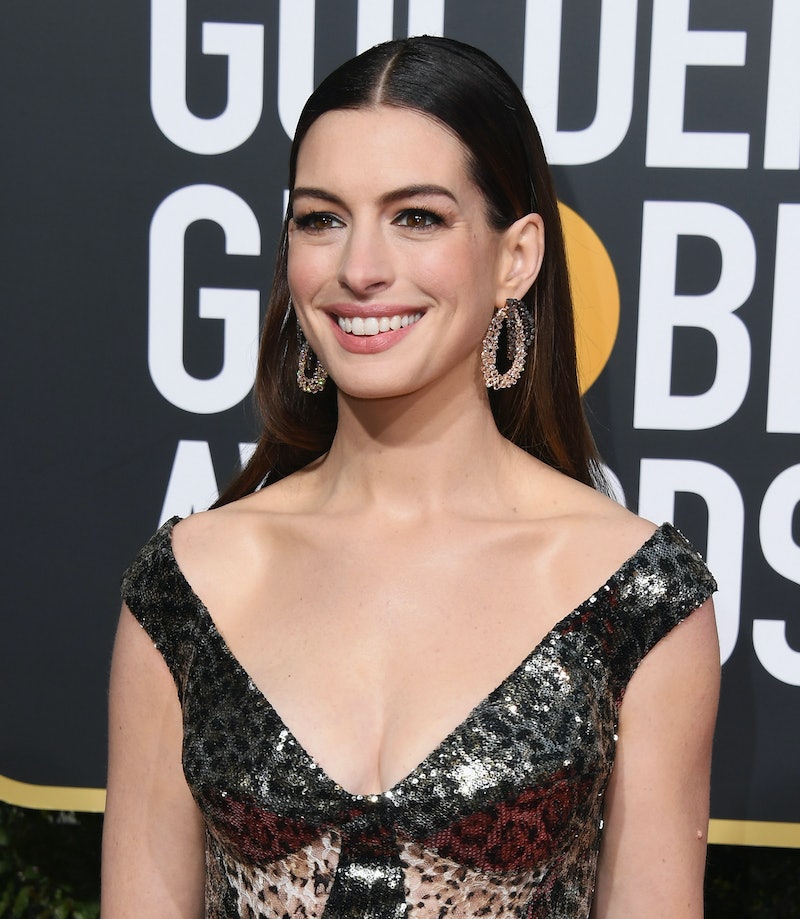 Not everyone joins Instagram on a whim or because everyone else is doing it, and that includes Anne Hathaway, who explained why she uses Instagram in an interview with Town & Country magazine published on Tuesday. There is a purpose behind every single photo and video the Ocean's Eight star shares. Posting images and writing captions to accompany those pictures is a way for Hathaway to control her story, especially since, you know, she's a hugely famous actor in the public eye.

Celebrities know what it's like to battle rumors and to have details about their personal lives announced without their consent or before they're ready to discuss matters themselves. For Hathaway, that's exactly why she joined Instagram. The Oscar winner is able to say what she wants, when she wants.

"Having the ability to do something on my own terms has been good for me. It has allowed me to calm down and communicate in a way that’s more clear."

Ever since she first became an Instagram user in August 2014 (where she completed the ALS ice bucket challenge), the Serenity actor has used the social media platform for good, to make people laugh, to support others, to promote movements, and to ensure others that they are hearing her voice loud and clear.

For example, in January 2016, Hathaway confirmed her pregnancy by sharing a photo on Instagram after noticing paparazzi were photographing her on the beach without her consent — and all while baring a baby bump in a bikini.

Next to the empowering image, the actor wrote,

"Happy 2016 to my beautiful Instafriends! So, posting a bikini pic is a little out of character for me, but just now while I was at the beach I noticed I was being photographed. I figure if this kind of photo is going to be out in the world it should at least be an image that makes me happy (and be one that was taken with my consent. And with a filter :) Wishing you love, light and blessings for the year ahead!"

This is one of many reasons Hathaway is worth admiring.

If you need more reason, in April 2018, the Les Misérables star posted a video of her exercising. However, it wasn't your typical workout video. Oh, no, she once again took control and made an important announcement before unnecessary headlines began to surface.

"I am gaining weight for a movie role and it is going well. To all the people who are going to fat shame me in the upcoming months, it’s not me, it’s you. Peace xx PS- I wanted to set this to Queen's 'Fat Bottomed Girls' but copyright said no. Continued peace xx."

She really is the best, isn't she?

In all honesty, Hathaway told Town & Country that she doesn't personally upload photos and videos onto Instagram, but she must approve anything before it is posted. And, yes, all Instagram content is created by Hathaway. "That way I look at it with fresh eyes," she said. "Because once it’s out there, it’s out there."

Hathaway has always been influential, and to now hear the much deeper reason behind her Instagram account makes her all the more inspiring.