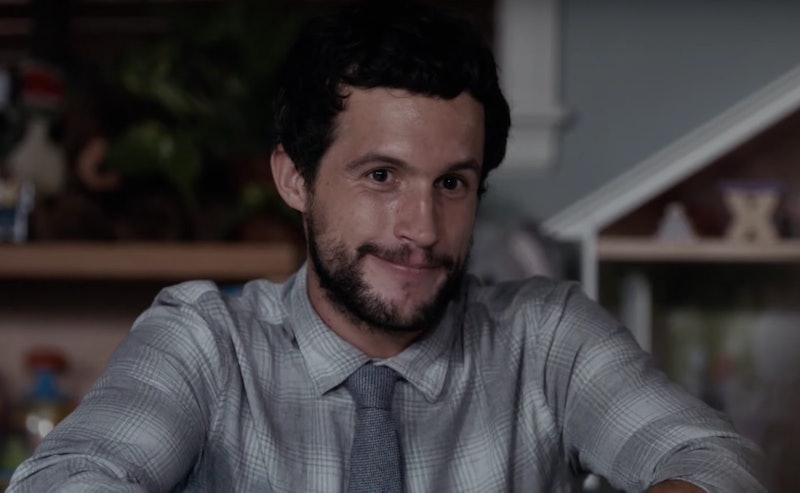 Spoilers ahead for Good Girls Season 3, Episode 4. Dr. Cohen, Annie's therapist on Good Girls, was helping her to make some real progress. But unfortunately, that all got derailed during the March 8 episode. Though the two definitely had a flirty repartee, when Annie acted on it, Dr. Cohen rejected her. She then stopped going to her sessions, so Dr. Cohen showed up at Annie's apartment to check on her; for a therapist, he's apparently not very good with boundaries.

At the end of the episode, Annie wasn't sure if she wanted to go back to therapy because she'd "made it weird." Dr. Cohen assured her that they could talk it through — as well as Annie's tendency to go after inaccessible men — but it seems like she's not ready quite yet. There's no mention of Dr. Cohen in the episode synopsis for next week, and the March 22 episode reads, "Meanwhile, Annie attempts to process her trauma without the help of Dr. Cohen."

Still, it sounds like she and Dr. Cohen will reconnect in some capacity. Cohen is played by British actor Rob Heaps (Imposters, Dare Me), and he's slated to be a big part of Season 3. His IMDb page lists him as continuing to appear until at least Episode 11. Given that Dr. Cohen has already slipped up a few times, it will be interesting to see if he can retain a professional boundary with Annie and actually help her to grow, or just further complicate her life. She's still recovering from her Season 2 relationship with Noah, who turned out to be an undercover cop. Annie needs a healthy relationship. Dating your therapist isn't really the definition of that.

Show creator Jenna Bans hasn't said much about a potential romance between Annie and Dr. Cohen, but she did previously tell TV Guide that the door is still open for Annie and Gregg (the father of Annie's child) to get back together. That may not be the best decision either, since Gregg is married to another woman. Is that less messy than dating your therapist? Who's to say!!