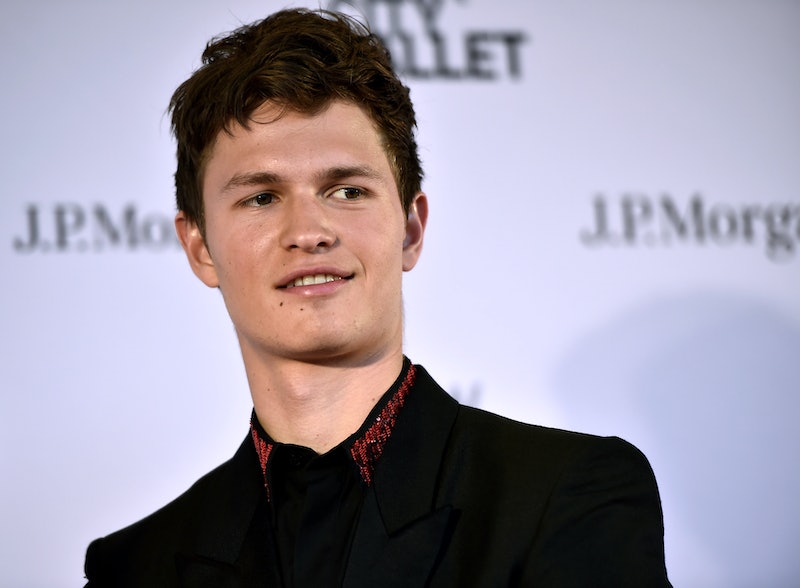 Steven Spielberg may have just found a way to make the idea of another Hollywood reboot sound exciting. As reported by Variety, the famed director has cast Ansel Elgort in the West Side Story remake. Elgort will reportedly play Tony, the lovelorn former member of the Jets, who falls for the leader of the Sharks' sister, Maria. The popular young star is the first actor to be cast in the project, but if his cooler than cool performance in Baby Driver is any indication of the charisma he'll bring to the role, then the new West Side Story is off to a good start.

The 24-year-old Elgort is becoming a go-to guy for adaptations. His big screen career began with roles in Divergent and The Fault in Our Stars — both based on acclaimed YA novels. Next up, he'll be seen in The Goldfinch, the 2019 adaptation of the Pulitzer Prize winning novel. Of course, one of his most famous roles to date was as the musically-inclined lead character, Baby, in Edgar Wright's Baby Driver.

Speilberg is taking a big swing casting an actor who isn't known for his singing or dancing abilities — although it could be a smart choice. Elgort has a beautiful singing voice, as evidenced in this video of him performing "Easy" on The Late Late Show with James Corden. As for dancing, Vanity Fair reported that the actor studied ballet for five years. In May, Elgort told the outlet,

"I was dancing because I wanted to get better at it, not because I was really good or I liked it. I loved singing and acting and dancing, but dancing was definitely the third."

Hey, even if it comes third on his list, Elgort proved in Baby Driver that he's got the moves necessary to bring Tony to the big screen again.

The role of Tony was first played on the Broadway stage by Larry Kert in 1957. However, Richard Beymer is best known for the playing New York City's answer to Romeo thanks to the 1961 film. The classic movie tells the story of rival gangs, the Jets and the Sharks, and the forbidden love of Tony and Maria. It's a riff on the William Shakespeare play Romeo and Juliet that tackled, among other things, the racial divide that existed between the two gangs.

As iconic as the 1961 version was, the film's legacy is marred by the decision to have white actor Natalie Wood play the role of Maria in brownface. This is a mistake that Spielberg has promised not to repeat. In January, a casting call was released asking for Latinx actors to audition for all of the major Sharks characters, including Maria.

West Side Story is a passion project for Spielberg. In 2016, he told The Hollywood Reporter that he's been dreaming of adapting the story "for decades." At long last, that dream is becoming a reality, with Pulitzer Prize winner Tony Kushner on board to pen the adaptation.

Thanks to Elgort's casting, the movie appears to be off to a good start. Now the big question is, who will play Spielberg's Maria?