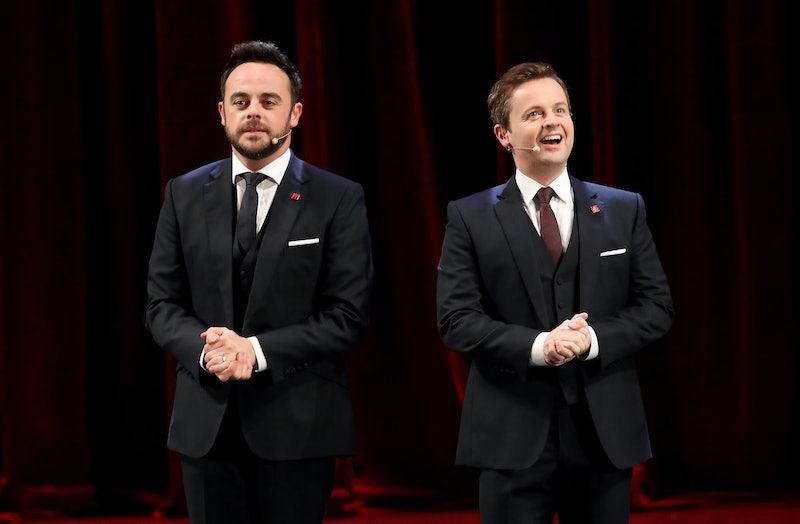 Ant and Dec go together like hot toast and butter. A professional match made in heaven, the BFFs have become absolute icons and low-key impossible to dislike. So it wasn't all that surprising when the two Geordie lads won the National TV Award (NTA) for Best Presenter for the 18th time in a row. However, after what has been a pretty tough year for the pair, the commentary after Ant & Dec's 2019 NTA win was pretty damn emotional.

The Newcastle natives have come a flipping long way since their days as PJ and Duncan on Byker Grove. Yep, 30 years ago, they began their career together and have been linked professionally and personally ever since. The pair went from children's drama to music career and then onto presenting, which is, of course, what they are best known for. Watching them on telly is total BFF vibes and, like, yes, we all wish we could work with our BFF, have all the craic, and get paid for it, but these two are so lovely that you can't help but feel happy for them. And y'all, the gushing has been real since they won the gong.

Starting of course with the pair themselves, ahead of the awards ceremony, Ant — who has been off TV for the past year — spoke during an interview with The Sun, saying he wanted the award, but only for all of Dec's hard work.

"If we do win — and I hope people still vote — then Dec deserves it. He’s worked his socks off this year."

And boy oh boy did he.

Ant and Dec were working on Britain's Got Talent when they received the news about their win, and there wasn't a dry eye in the flipping house. In response to the announcement, Ant said:

"Thank you, this is a genuine shock, especially this year, I'm shaking here, we want to say thank you to everybody, I really don't feel like I can accept this award this year. The one reason we've won the award this year is because of this guy. His hard work, dedication, wit, funniness and being the best mate there is out there, I love you man, well done."

Then he pulled him in for a big bear hug. OK stop crying! Obviously the pair's colleagues had a lot of great things to say about the win.

And the fans also had a lot of feels about the win.

I mean their relationship is everything. Like, an out-and-out heart warmer.

There was no doubt that any speech they made would have brought tears, but considering the year they have had, it was OTT adorbs and brought the flipping house (and also probably several million houses) down.

After a brief break from the TV world, Ant is back, and the only way is up. Hopefully this award will give the pair the extra boost they need and, let's be real, they will probably win again next year.