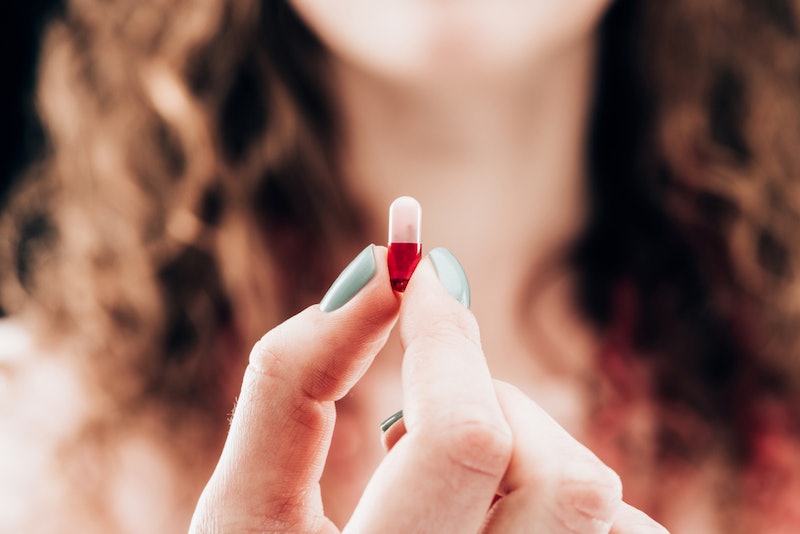 This is the first study to examine the safety of antidepressants on such a broad scale, the study’s authors said in the press release. In order to better understand previous research linking antidepressant use to adverse health outcomes, researchers assessed what the differences are between people prescribed antidepressant drugs and those who aren’t. Factors examined included varying ages, whether study subjects had a mental health condition, or if they were experiencing any adverse reactions to the medications.

“We found that all of the adverse health outcomes reported in observational studies that were supported by strong evidence were actually probably due to the underlying psychiatric conditions for which antidepressants had been prescribed, rather than the antidepressants themselves,” said study author Dr. Marco Solmi, psychiatrist from the University of Padova, Neurosciences Department, and visiting researcher at the Institute of Psychiatry, Psychology & Neuroscience at King's College London, Psychosis Department, EPIC lab, according to the press release. “Most of these studies also suffered from several biases, such as a lack of randomisation [sic],” he said.

Over the years, myths about antidepressants — like they're addictive, or that side effects like nausea, diarrhea, or dry mouth are too much to deal with — contributed to stigma around their use.

"Many people worry about the stigma of having a mental health disorder as well as the fear of a 'chemical' changing or altering their brain," Patricia Allen, a psychiatric mental health nurse practitioner and the executive director of medical services for Summit Behavioral Health, told Bustle for a previous article on antidepressant myths. "This perception often influences the individual’s willingness to take a psychotropic medication. In reality, the medication is stabilizing one’s neurotransmitters," she said. Research that shows that antidepressants are safe can help people move past these myths in order to access life-saving care.

Still, it's important to monitor your reaction to any new medication in conjunction with your doctor. “Even though we have shown that antidepressants are generally safe, we should note that adverse effects must be monitored clinically during antidepressant treatment," senior study author Dr. Evangelos Evangelou, an epidemiologist from the University of Ioannina, Greece, and Imperial College, London, said in the press release.

Like with any medication, communication with your doctor is paramount to making sure you stay safe while using it. But antidepressants can truly make a difference in someone's quality of life — and science says people can be confident in their choice to use them.

Dr. Marco Solmi, psychiatrist from the University of Padova, Neurosciences Department, and visiting researcher at the Institute of Psychiatry, Psychology & Neuroscience at King's College London.

Dr. Evangelos Evangelou, an epidemiologist from the University of Ioannina, Greece, and Imperial College, London