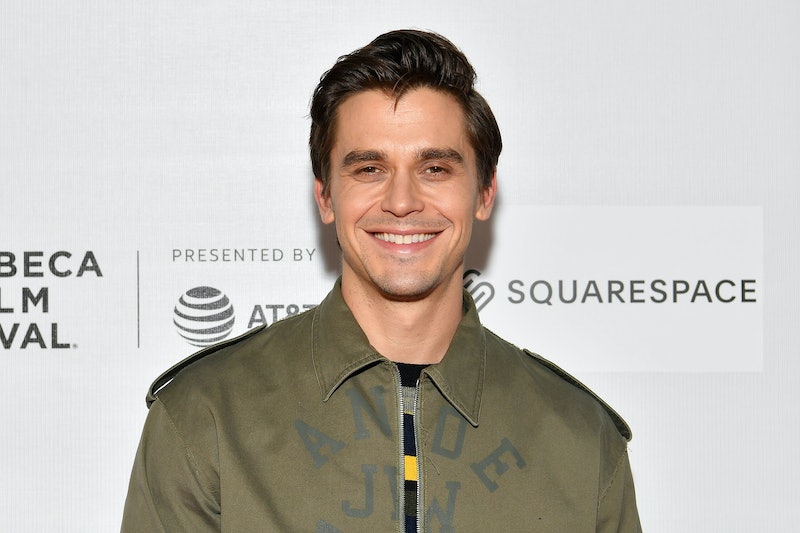 The Fab Five may have made a memorable appearance in Taylor Swift's music video for her latest single "You Need to Calm Down," however, it turns out that the cameo was actually a long time coming for at least one member of the group. While speaking to Entertainment Tonight during the Variety and Mercedes-Benz Power of Pride event in New York City on Monday, Queer Eye's Antoni Porowski revealed he auditioned for a Taylor Swift music video several years prior to this, but ultimately didn't end up getting the gig.

"I've long been a fan of hers," Porowski said to ET in regards to Swift. "Remember the music video for 'Blank Space'? I auditioned for that when I was a waiter and I got called back twice and it was between me and two other guys and in the audition." So what part exactly would he have been featured in, you may ask? Porowski added: "I had to pretend like I was running away from the lion in the green screen — and I told her that." So consider your mind officially blown.

Ultimately, he didn't nab the role due to the fact that Swift "ended up changing the direction" of the final cut of the video, which starred model Sean O'Pry. Ah to think of what might have been.

Being the true professional that he is, though, Porowski doesn't hold any grudges over what happened at all. In fact, he has a very positive outlook on the whole thing. "It's unfortunate how terribly unattractive he is," Porowski joked about O'Pry, adding:

"He's not. He's extremely attractive. So, I did have a first chance at a Taylor Swift music video and I didn't get it, so now I felt like Phoenix rising redemption and I got to actually be in one. As myself. How weird is the world and life?"

And it seems as though the experience itself was well worth the wait for Porowski, who shared during the same ET interview that Swift had reached out to everyone individually in order to make the celebrity-packed music video. "It was so much fun," he said. "There was like, the sets, there was details on that set that you probably couldn't see in the video. Everything was so carefully curated, like it was fine English bone China with the porcelain that we were drinking from." He continued, "There was a little honey bear from the 1930s that was solid glass to use to sweeten our teas. Like every single little thing."

Sounds like a pretty memorable occasion for all parties involved. So while fans may have missed out on the opportunity of seeing Porowski's handsome face appear in Swift's "Blank Space" music video, at least you can now take solace in knowing that the injustice has now been rectified. Porowski may have had to share his time in the spotlight with the rest of the Fab Five, but if anything, that probably made the moment all the more meaningful.