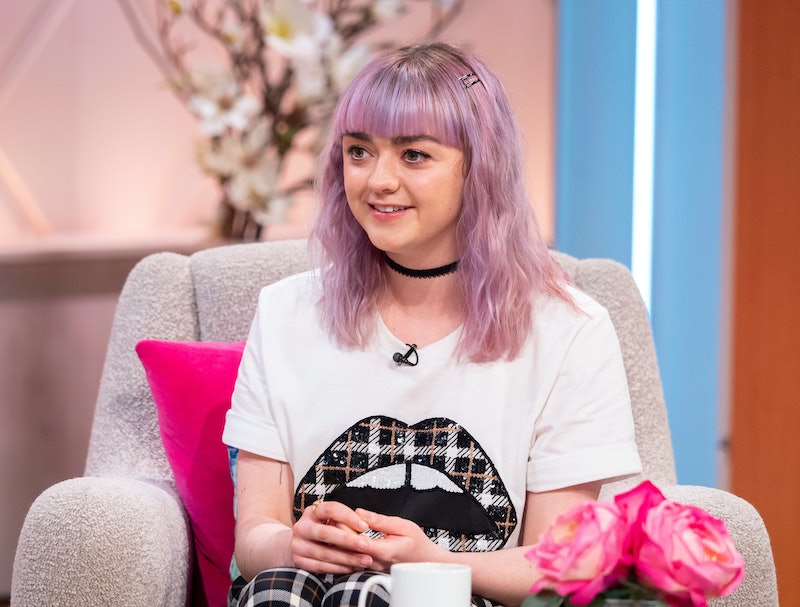 Actor Maisie Williams has been hard at work filming for the eighth and final series of Game of Thrones. However, the 21-year-old actress and creator has recently moved onto another exciting venture, and you could be part of it. Williams has revealed plans for her very own short film, and the project is linked to the creative networking app Daisie, which she co-founded back in 2018. The most exciting news is that Maisie Williams' short film is looking for applicants — and here's how you can apply to take part.

According to Mashable, Williams has teamed up with X-Men: First Class actor Bill Millner, and the short film is part of an initiative called LDN Creates. The initiative is a programme from the creative networking app Daisie, and it aims to encourage London creatives to get involved with one of four different projects. Williams and Millner are team leaders of the short film project, and are currently looking for a DOP (director of photography), a videographer, editors, an assistant director, a sound engineer, actors, writers, a composer, camera assistants and a colourist.

Williams and Millner wrote the following about their project on theLDN Creates website:

"Our team will be creating a short film. The best part about our project is that we don’t even know what it is yet! We want to make something from scratch that is produced organically after the team is built, the brief is truly open."

If you think you've got what it takes, you can apply to be part of the short film on the LDN Creates website. In order to be considered, applicants must provide an original piece of work that "defines [them] as a creator." This might include an original song, a photography portfolio, a piece of writing or even your own short film — as long as it best shows off your creative potential. Submissions close on Sunday, April 14 2019, and successful applicants will be contacted via email on Tuesday, April 16.

In addition to this exciting new project, Williams has also been causing mischief during a recent appearance on The Tonight Show Starring Jimmy Fallon. While being interviewed on the U.S. chat show, which originally aired on April 1, the young actor appeared to drop a major Game of Thrones spoiler in regards to her character, Arya Stark. Luckily, however, the entire mishap was revealed to be a cruel April Fools joke, and fans of the HBO series breathed a sigh of relief.

All jokes aside, Williams did recently open up about the final series of Game of Thrones during an appearance on ITV's Lorraine. According to the Mirror, the actor promised a "beautiful" ending, and said that she "doesn't really remember her life" before starring in the HBO series.

Speaking to Christine Lampard on the daytime show, she said:

"The last chapter was really beautiful and I'm going to miss it. It's really strange now, in this final season, is when I've done the most reflecting and looking back on the first season. I don't remember what my life was like before this show. I just had no idea, really, of how big it was going to get. And when you're on the show you are consumed by it and you think it's a big deal. And then it wasn't until I stepped outside of my bubble that I realised it was big everywhere."

The eighth and final season of Game of Thrones starts on Monday, April 15 on Sky Atlantic.