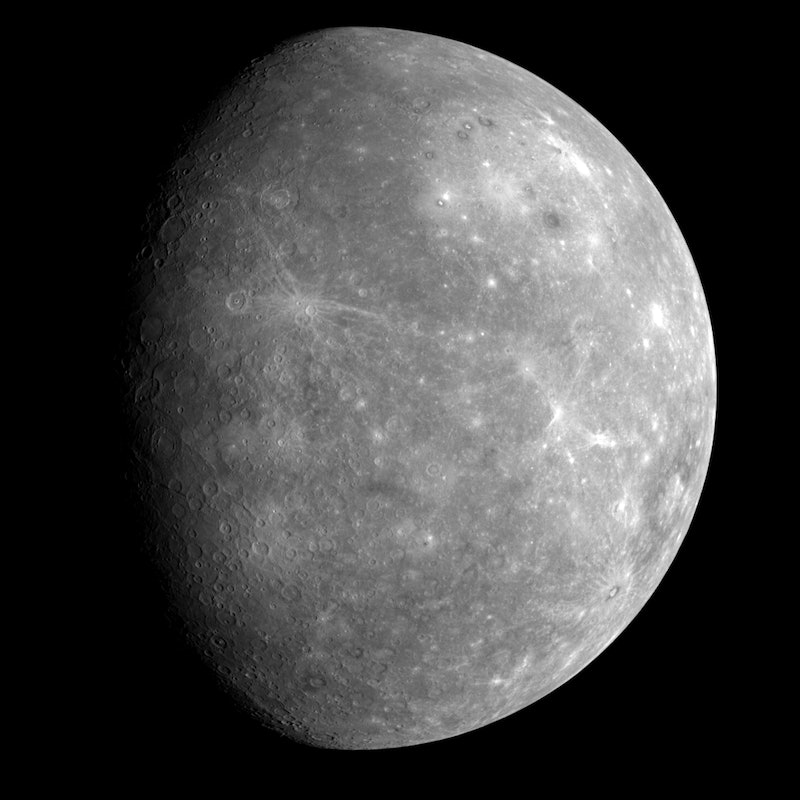 After a long, cold winter, we're all more than ready for the month of April to come along and usher in some spring weather and happier vibes. Unfortunately, that might, uh, take a while. Apr. 1 is going to be pretty unlucky in 2018 — April Fools' Day is happening during Mercury retrograde, which basically means that anything can happen.

If you're wondering why this is something you should be worried about, allow me to explain. You've probably heard of Mercury retrograde before: it's something people love to blame for various mishaps, like getting lost on the way to an important event, or missing a deadline due to a miscommunication. If you don't know exactly what it means, that explanation is probably a bit confusing. Mercury retrograde refers to the period of time when the planet Mercury starts rotating so fast that it looks like it's rotating backwards (it's not! That would be intense!), and astrologically, this can lead to some less than ideal circumstances in situations that rely on technology — aka, the field that Mercury is the ruler of. This shift in the planet's orbit is used as a scapegoat for, well, pretty much anything bad.

The planet Mercury rules communication, emotions, and coordination. Cafe Astrology says, "Mercury's action is to take things apart and put them back together again." When it's in retrograde, it makes things go a little wonky — and obviously, things like communication and coordination are super important to our every day lives. Retrograde can often cause a lot of issues in these departments, making communication more difficult and emotions a little out of sorts. It's also known to cause problems with travel and technology.

This year, Mercury is going into retrograde for the first time on Mar. 22 until Apr. 15, and it's happening under the sign of Aries, which might make things a little bit more explosive. Aries is a bold sign, known for childish behavior and a stubborn streak, as well as their penchant for saying exactly what they feel. Mix that with the communication issues that often come along with Mercury retrograde, and you've got a potentially explosive situation. Astrology.com says, "Communications tumble forth at breakneck speed and with zero filters. Mercury in Aries is always ready to fight its corner and almost never backs down."

With Mercury in Aries, you might find yourself acting more impulsive than usual — you might get angry, and lash out too quickly without really thinking about your words first. Astrology.com says, "Because Mercury in Aries is unafraid of a fight, they may too often find themselves embroiled in one."

So... what does that mean for April Fools' Day? As you know, Apr. 1 is all about playing pranks and jokes on other people, whether it's something innocent or maybe a little bit more mean-spirited. If you're going to try a practical joke, this is the day to do it! That's usually fine, but with Mercury in retrograde in Aries, things could get a little awkward. Imagine playing an elaborate joke on someone who could get very angry about it and lash out without really thinking. Yikes!

That doesn't mean you can't celebrate April Fools' Day, it just means you should approach the holiday with caution. Think about any joke you want to play pretty thoroughly and really consider how it will make the other person feel. In general, when Mercury is in retrograde, you should be acting a bit more cautious and careful, so you should definitely keep that in mind when it comes to any pranks.

There's also a lot more to keep in mind: Apr. 1 is also Easter in 2018, which might actually work in your favor — it might be hard to play jokes on such a religious day. Mercury retrograde is also happening at the same time as the blue moon in March (the second full moon of the month) and right after the spring equinox. There's going to be a lot of energy floating around out there. Good luck navigating it!