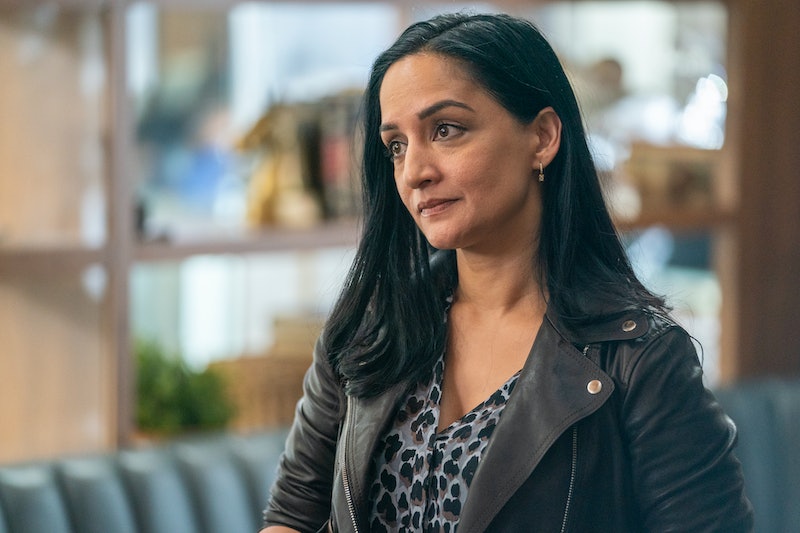 For the first two episodes of HBO’s Run, despite committing to leave real life on the station platform, Billy has been furtively texting a woman called Fiona. Fiona wants to know where he is, what he’s doing, and when he’s planning to return. The communiques haven’t been romantic, but the sheer number of them reads intimate. This week, it’s finally revealed that Fiona — played with delicious guile by Archie Panjabi — is Billy’s personal assistant, a title that fails to capture the extent to which she runs both his life and his self-help empire. That her livelihood has been threatened by Billy’s disappearance is clear; what she wants in exchange for her recent troubles is less so.

Billy, it turns out, is positively bush league at life on the lam. He leaves his phone signed in to Find My Friends and Fiona resourcefully tracks him down in Chicago. Her presence frightens him to the point that he empties out his own bank account, suspecting that Fiona has the personal information and vindictive spirit to empty it on his behalf. When they finally rendezvous, he offers her $10,000 — a meager restitution for the company they built together and which he, it’s revealed, has single-handedly burned to the ground. Fiona wants more.

Fiona's existence makes it clear that the story of Billy's career implosion is more complicated than the version he's confessed to Ruby. There’s at least the suggestion that Billy and Fiona have been running a pretty cynical operation, profiting off the wellness market without believing any of the bad advice he’s been peddling. When Billy and Ruby finally have sex, Fiona tucks her phone under the hotel room door to make a recording. Is her plan to blackmail him? What else is he hiding that a sex audiotape could threaten?

Then again, maybe Billy isn’t Fiona’s target at all. Earlier in the episode, she flakes on a meeting with Billy — a decoy she invented to separate him from Ruby. She approaches Ruby as a helpful stranger, prising the information that her tryst with Billy has a 24-hour expiration date and even encouraging her to listen to her conscience and return to her husband. If the tape can’t convince Billy to pay Fiona what she thinks she’s owed, maybe it can motivate Ruby to encourage him back onto the self-help circuit that's been keeping them both rich until now.