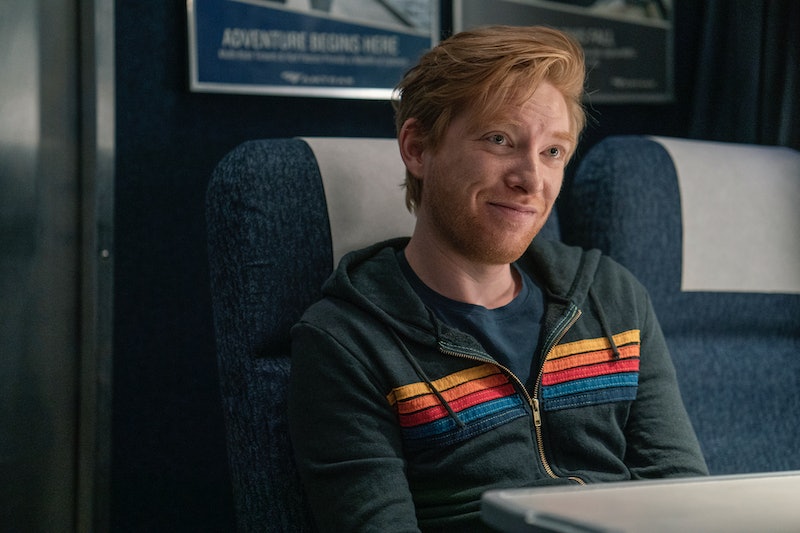 Spoilers ahead for the premiere episode of Run Season 1. HBO's Run stars a very small cast of characters; within the first episode, Merritt Wever's Ruby and Domhnall Gleeson's Billy are pretty much the only main players in the story. But there are a few other people mentioned, like Ruby's boyfriend (partner? husband?) Laurence and a mystery woman named Fiona, who Billy insists is not his girlfriend. So who is she then?

All that's really learned about Billy in the first episode is that he used to date Ruby 17 years ago (presumably when they were in college together), and that he has since gone on to become a successful life advice expert and author, having published a self-help book with the dubious title Amazing. Period.

Having so abruptly abandoned her life, Ruby puts a "moratorium" on discussing their current lives, preferring to focus on the present instead of the family she left behind. As such, we don't get much more information about her or Billy's past. The only other tidbit we get is when Billy lies to someone named Fiona on the phone, telling her he's in Scotland. Later, he tells Ruby that Fiona is his personal assistant. Thanks to press releases and official photos from future episodes, we know that Fiona will eventually make an appearance: she's being played by The Good Wife actor Archie Panjabi.

Given that the show has cast an Emmy-winning performer in the role, it's probably a safe guess that Fiona wasn't just a throwaway mention, and will actually play a key part in the show moving forward. Will she be a purely professional force in Billy's life, drawing him back to his career as a famous author and motivational speaker? Or is "personal assistant" perhaps a euphemism for a more emotional connection that Billy didn't wish to share with Fiona just yet? Or perhaps a mix of both?

For whatever it's worth, Variety's Caroline Framke describes Panjabi's portrayal of Fiona as "slyly unhinged." If Billy and Ruby's plan to ditch their lives is a runaway train, then it sounds like Fiona might be the wrecking ball sent to knock their steam engine off its tracks. When will Fiona show up? How will she find them? Will she be able to tempt Billy away from his insane plan and back to his real life? Stay tuned to find out.

More like this
6 Mind-Blowing Fan Theories About How Stranger Things Will End
By Kadin Burnett
'Friends' Creator Marta Kauffman Opened Up About Misgendering A Guest Character
By Grace Wehniainen
What Working At Marvel Is Really Like, According To A 'Ms. Marvel' Co-Creator
By Gretchen Smail
Natalia Dyer Opened Up About Steve & Nancy’s “Lovely” ‘Stranger Things’ 4 Dynamic
By Grace Wehniainen
Get Even More From Bustle — Sign Up For The Newsletter