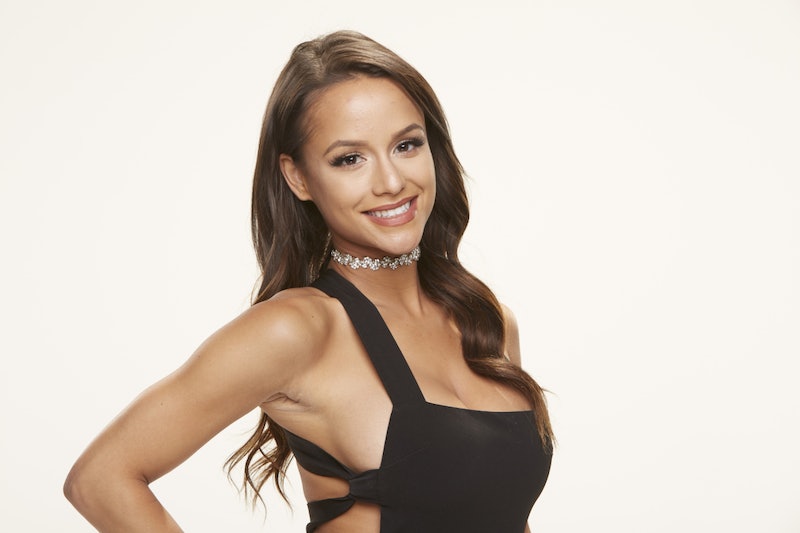 Big Brother 19 has found it's first major showmance in an alliance between Cody and Jessica. The show's first head of household was visibly smitten with the variety of women in the house from the moment the houseguests arrived, but took a special interest in Jessica in particular. It was a brief moment of vulnerability from the stone-faced sales rep that appears to have blossomed into a full-blown showmance. The Cody and Jessica Big Brother showmance started very quickly – the two got together within the first few days of the new season – but how long will it last?

Cody made a big impression in the two-night premiere of Big Brother for what he wasn't more than he was. He wasn't loud. He wasn't interested in having fun. He wasn't expressing any emotions other than determination and frustration. While this stoic approach to Big Brother may be the polar opposite of most contestants', it's these traits that seemed to attract Jessica to him and make them into a twosome. However – there's a chance that this showmance wasn't meant to last. In fact, it may come to an end the moment that Cody no longer becomes useful to Jessica. Could Jessica be using her charms to get Cody to do her bidding in the house?

In Jessica's pre-show interview, when asked if she has a plan to win the game she answered, "I'm going to find the best male competitor in the game and the two of us are going to clean house!" By numbers alone, Cody is the best male competitor in the house at this point. Cody seems to be head over heels for Jessica, and this seems to be playing right into Jessica's plan. All the cuddling and kissing may look like a genuine showmance, but that doesn't mean that Jessica isn't playing Cody.

It wouldn't be the first time a Big Brother showmance has formed solely because someone wanted to get in good with the season's first HOH. Amanda and McCrae from BB15 started their showmance for exactly the same reason once McCrae won the first HOH of the season. While there are obvious benefits to her game, many viewers suspect that Jessica is genuinely falling for Cody. Fans are also expressing disappointment that she's attaching herself to such a big target before establishing herself individually in the house.

Jessica and Cody's relationship is currently in a healthy honeymoon period, but the heat is going to get turned up on this relationship quick once others realize that the best way to affect either of these two houseguests is to eliminate their partner. It's no surprise that showmances draw a lot of negative attention in the house, and Cody's physical prowess has already made him a likely candidate for an early eviction. If Cody and Jessica want to stay together in the house and not get separated for the rest of the summer, they'll need to play hard and play smart.

With so many twists and turns planned for this season, these two made the smart choice of ensuring that neither of them will be be going through it alone.

More like this
The 'Big Brother 24' Racism & Bullying Controversy, Explained
By Jake Viswanath
Kim Kardashian & Pete Davidson’s Relationship Timeline From Start To Finish
By Jordyn Tilchen and Bustle Editors
Everything To Know About 'FBoy Island' Season 3
By Kadin Burnett
The Latest 'Bachelorette' Shake-Up Finally Splits Gabby's & Rachel's Journeys
By Kadin Burnett
Get Even More From Bustle — Sign Up For The Newsletter