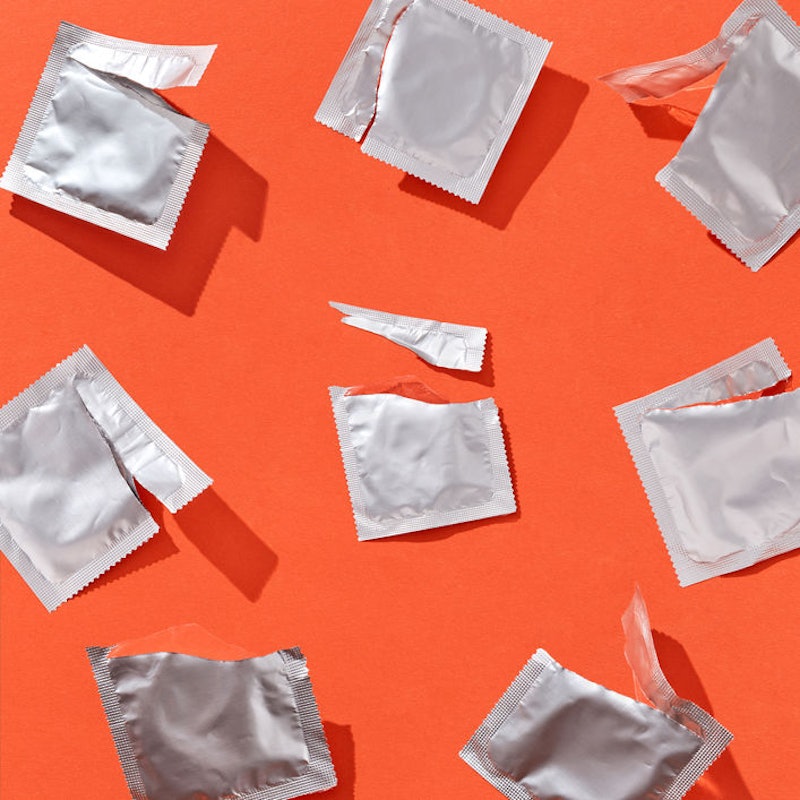 Thanks to the immense campaigning of the likes of Greta Thunberg, David Attenborough, and the Extinction Rebellion, among many other groups, it's become incredibly clear how climate change is affecting the planet and how much we need to do to change it. Recycling is at the forefront of our minds, companies are doing more to eradicate single-use plastics, and you can buy so many cute reusable water bottles now that you never need to pick up a plastic one again. However, one area I hadn’t considered that might be bad for the environment is the bedroom. Are male condoms plastic free, for example? Safe sex is really important, especially when you are sleeping with a new partner, but are there ways of wrapping up and having fun that also don't add to landfill sites?

According to the NHS, male condoms are made from latex (natural plant material), polyisoprene (rubber), or polyurethane (plastic). For the climate-change conscious among you, these materials may pose a bit of a problem.

As Greenpeace write on their website, "no one really knows how long it takes for a condom to biodegrade and many contain varieties harmful chemicals." However, in an interview with Bitch Media, women's health author and activist Laura Eldridge commented: "Of course with the barrier methods [condoms] we have the issue of waste ... A latex condom probably won't biodegrade — but a polyurethane one or a synthetic rubber one definitely won't — they are just with us forever."

The other option when it comes to male condoms is lambskin. However, as Greenpeace writes, "Lambskin condoms are sometimes argued to be more biodegradable and provide heightened sensation compared with latex condoms. However, they are not vegan — yep, a lamb had to die for that condom — and do not protect from STDs."

So, where does that leave us? Well, while there is still a question mark over the sustainability of all types of condoms, there are some companies out there that are making a conscious effort to make their products as eco-friendly as possible. Below are just a few of them.

Sustain Natural is a company that makes organic, vegan, fair trade, and sustainably made condoms, menstrual products, and underwear. They pledge that none of their products have harmful chemicals, animal by-products, parabens, or synthetic fragrances.

Another option is FAIR SQUARED condoms. The vegan condoms from fairly traded natural rubber are manufactured in Germany and there is have a full range on offer, from Ultra Thin to Max Perform. These products vegan because they don’t include Casein, which is a protein in cow’s milk.

Glyde is another condom brand that is vegan, sustainable, and a great alternative to what you are currently using for the planet. Their condoms are made from raw latex milk and are 100% plant based.

When buying condoms try and pick the ones with the least plastic packaging and consider buying in bulk. Once you have done with your condoms, throw them away, but whatever you do, don’t throw condoms down the toilet.

Thinking about what your condoms are made of and how they are packaged is a great way to start working towards cutting down your waste in the bedroom. However, there is something else equally important to keep in mind. Speaking to Cosmopolitan Lauren Singer, CEO of The Simply Co and writer behind the zero-waste blog Trash Is For Tossers said: "Condoms produce waste, but I think that form of waste is more responsible than having an unwanted child or an unwanted STD."