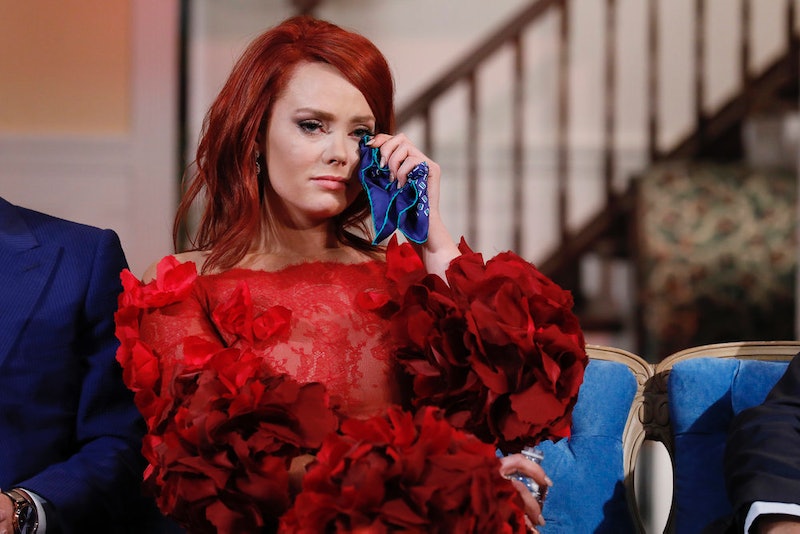 According to the National Institute for Mental Health, one in five American adults has some form of mental illness. That’s 20 percent of the population. And though a significant part of the populace is affected, there's still a stigma attached to mental illness. People are afraid to talk about it, especially on television. But on the June 21 episode of Southern Charm, Kathryn Dennis opened up about her struggles with depression and anxiety, and it was a really wonderful for moment both for her and for the show.

Over the course of five seasons, Kathryn has been through a lot. Viewers have watched her essentially grow up on television — she began barely in her 20s, where she dated around and overreacted to drama. She and Thomas Ravenel had two children, and then she admitted that she was struggling with addiction and was sent off to rehab. Now, Kathryn’s life is on the up-and-up — she’s clean and sober, and, as we’ve seen over the course of Season 5, Kathryn is wholly dedicated to both her children and this new lifestyle. She has a job! And friends! And her relationship with Thomas is finally copacetic. Her relationship with Thomas’ girlfriend, Ashley, though is quite another story.

Ashley and Kathryn had a huge blowup a few episodes back. It was a blowup that old Kathryn would have, as Whitney said, started stabbing people over. But new Kathryn kept calm. Everything seemed fine, but Kathryn went off the radar for a few days, leaving Naomie and Danni very worried about their friend’s well-being. Kathryn wasn’t answering messages or showing up places, so they sent Kathryn’s building manager over for a wellness check. Honestly, they feared the worst. But Kathryn was alive and just in a funk. As she told Danni later, she figured that the world would keep on turning without her.

Danni and Kathryn’s conversation about Kathryn’s depression took viewers to a level of honesty the show’s never really had before. Kathryn spoke of not feeling like she deserved the love of friends. She talked about how she went off her antidepressants because she didn’t think she needed them anymore, but she did, and this whole thing with Ashley pushed her off balance again. Danni and Kathryn were both visibly emotional, and it was really brave of them both to have such a frank conversation about something that so many Americans struggle with.

Kathryn has stated that she has anxiety and depression, and she uses tools like therapy and medication to help her get better. Sometimes, it’s hard to ask for help, but Kathryn’s self-medicating had to come to an end. What many fail to realize when it comes to mental health and illnesses like depression is that managing them is a lifelong process. The first step is recognizing the problem. The second step is finding a way to deal with it. And the third step is maintenance. Now, Kathryn knows that interactions with Ashley send her into a spiral, and so she can learn to avoid them whenever possible.

Kathryn’s openness with her own mental health is sure to inspire others to be equally forward and frank about their own struggles. Kathryn shows that, like everyone, she’s a work in progress, but because she’s putting the time in and investing in herself and her children, she’s going to make it out the other side. She just has to be true to herself, avoid stressors, and let herself lean on her friends and family. They want to help her. They need her, too, and for Kathryn, that’s a new and wonderful feeling.

More like this
This Company Will Send STI Tests Right To Your Door
By Lexi Inks
'Bridgerton' S3 Teases Exciting Social Season For Penelope Featherington
By Bustle
'The White Lotus' Costume Designer Explains That Accidental 'Princess Diaries' Moment
By Grace Wehniainen
How Is The British Royal Family Related To The Romanovs?
By Karen Fratti
Get Even More From Bustle — Sign Up For The Newsletter