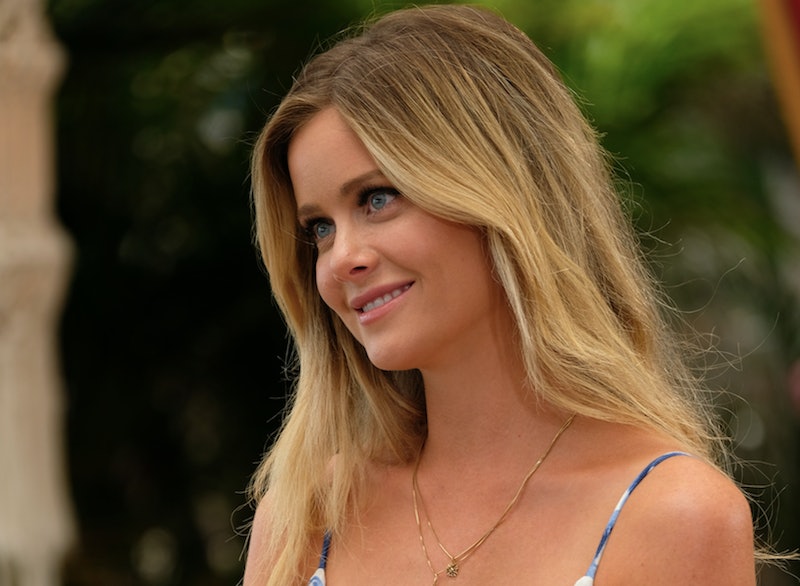 Hannah and Dylan. Dylan and Hannah. These two names have been constantly intertwined since the very beginning of Bachelor in Paradise Season 6. And aside from their very brief love triangle situation with Blake, these two have proven to be one of the strongest couples on the beach. But will it last once the cameras stop rolling and their time in Mexico is in the rearview mirror? If any duo stands the best chance of dating after BiP, it's Hannah and Dylan.

From the moment the two of them met on the beach, Dylan has made it abundantly clear that he only has eyes for Hannah. He was never interested in going on a date with anyone else that walked down those stairs. For him, it was Hannah or bust. Hannah was a little less certain about her feelings at the start of the season, especially since she'd already been in contact with Blake prior to this and was somewhat interested in exploring that connection in Paradise. But ultimately she was drawn to Dylan, choosing to give him her rose over Blake and the duo have pretty much been inseparable ever since, only rarely leaving each other's side. But do they have what it takes to make their romance longterm? It's definitely not out of the realm of possibility.

Though neither of them have been able to confirm that they're still dating after Bachelor in Paradise, Dylan has been very active on social media, constantly retweeting stuff about his relationship with Hannah or commenting on her various Instagram posts. That may not guarantee that they're still a romantic item, but it certainly bodes well for the possibility.

After all, given how deeply they seem to be falling in love with each other, if things didn't work out then both parties would undoubtedly be heartbroken and want to keep their distance from one another, both on social media and in person. So Dylan's overall positive attitude appears to imply that things come out in his favor.

Then, of course, there's the semi-telling Instagram post that Dylan uploaded on Aug. 12, showing him about to go on an amusement park ride while holding a mystery woman's hand. The identity of the person has yet to be revealed, though it left many of his followers — even among his fellow Bachelor in Paradise alums — wondering who this lady could be. There's no telling whether or not this is Hannah or someone else, but if it was the latter, why intentionally hide who it is? Dylan, why must you tease us like this?

Regardless, Tuesday night's reunion special will confirm whether these suspicions are true or not. It'd be surprising to learn that Dylan and Hannah are no longer together, given how hard they appear to be falling for one another. But drama and heartbreak tend to go hand in hand with this show, so anything is possible. Let's just hope these two prove to be the exception to that rule.