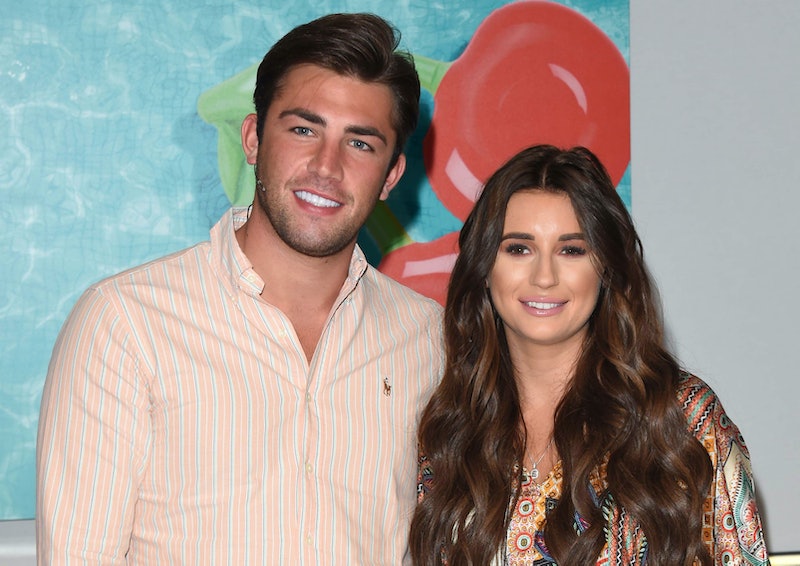 Ever since Love Island left my life, the hour between 9 and 10 p.m. has become an empty void. Thankfully, Celebrity Big Brother house is now ready and waiting, and so are the rumoured contestants. Channel 5 will not be confirming the line-up until launch night, however, I've heard through the grapevine that two certain Love Island winners have signed up to do the show as a couple. But is it true? Are Jack and Dani doing Celebrity Big Brother?

Well, according to the bookies, the couple will pretty much definitely be entering the house when its doors open on Thursday night. In fact, Paddy Power is so confident that the Love Islanders will be on our screens that it has slashed the odds of them signing up. "We think they could be on their way to Borehamwood to do bits," a spokesperson for the bookmaker told OK! magazine.

I contacted Celebrity Big Brother for an official statement, however, a rep for the series tells me told that they "don't comment on speculation around possible future housemates before launch." Damn.

Undeterred, I then reached out to Jack and Dani's reps, however, both tell me "no comment". Double damn. But why? Is there something to hide?

To be fair, in all honesty, it really is little wonder Channel 5 couldn't confirm or deny the rumours as the contestants are traditionally kept completely secret until launch night. Even though several names have been tipped to enter the house, we won't know for certain until they set foot on that stage with host Emma Willis.

I know what you're thinking. Who in their right mind would hop from one reality show to another that also involves being isolated from the outside world and living with a bunch of people you hardly know? Yeah, doesn't seem like the best way to spend the remainder of the summer. However, rumour has it that that's what's in store for Dani and Jack.

Other celebs expected to enter the house when the new series starts on Thursday evening include Meghan Markle's sister Samantha Grant, Ryan Thomas, Brendan Cole, Sinitta, and Bobby Norris, While traditionally, housemates are individuals, Dani and Jack would not be the only duo to enter the house as a couple. In previous series, Heidi Montag and Spencer Pratt signed up as a pair, as did Stevi Ritchie and Chloe-Jasmine Whichello. So it is a very real probability that Channel 5 may have asked another celebrity couple to enter the house as one this series.

Well, I don't know about you, but personally, I so need to see Jack and Dani in the CBB house. I'm sorry guys, you're gonna have to discuss your future plans further on national telly again.