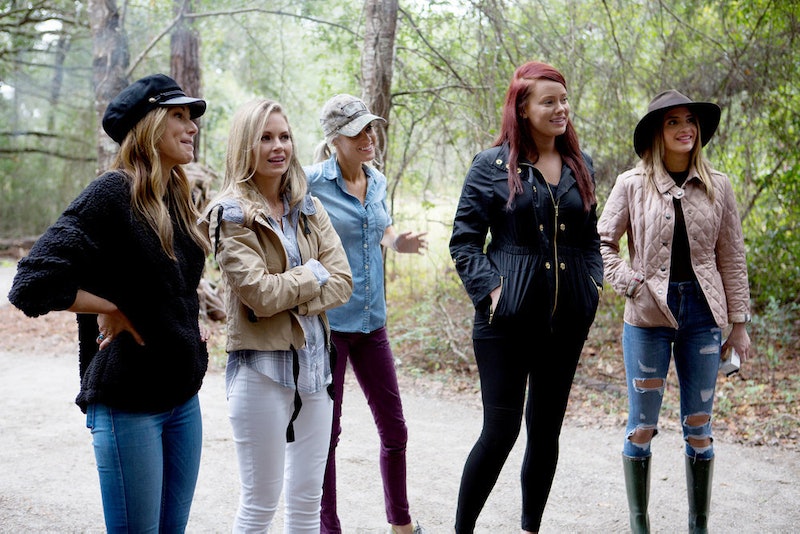 Naomie Olindo and Metul Shah are the OTP of Southern Charm at this point. They’re both devilishly attractive, successful, and fun to watch on TV, more so than, say, Naomie and her old boyfriend, Craig Conover, because all Craig and Naomie did was scream at each other. Metul and Naomie do not scream at each other, which already makes this a better match. But that’s not to say that this new-ish couple doesn’t have its problems. A recent kerfuffle on the show has fans asking if Metul and Naomie are still together on Southern Charm, and, luckily, everyone can put their smelling salts away, because these two are still going strong.

The question arose because Naomie didn’t want to go on a trip to Colorado with the group because Craig would be there, and she wasn’t sure if it was respectful to Metul to be on a trip with her ex-boyfriend. That’s what she said, at least — from the outside, it seems like Naomie wasn’t just worried about going on a trip where her ex would be there. It was more about going on a trip with the ex that is still obsessed with her and talking about her to everyone who will listen.

All relationships have different parameters, and if Naomie needed to tap out of this one trip in order to make herself and Metul feel secure, well, fine. That’s her decision.

Metul and Naomie have plenty of snaps together on their respective Instagrams, demonstrating that these two are still in love and together (presumably happy). Like the time they went to an 80s party! The couple that costumes together, stays together. Metul has recently gotten a lot of flack for what some Twitter and Instagram commenters think is him being "controlling" over Naomie, and that they think he talks down to her.

Naomie said that's not the case. told Bravo, "[In] adult relationships, you care about other people's feelings and you respect their feelings. [It was] absolutely not an issue of, 'Oh, he didn't let you go; he's controlling.' It's literally the opposite."

Back in May 2019, Naomie told Entertainment Tonight that she was ready for people to have an opinion — good or bad — about her relationship with Metul. She said:

"Putting your relationship on TV can be very toxic and it’s very scary, because it opens up criticism to other people, and people can just say whatever. Metul and I had a really good understanding before of how things were going to be, and how we were going to take it if anything was criticized, but he’s got very thick skin, too."

Thick skins are a good thing when you're on reality television, because every viewer is going to have an opinion stemming from their own personal biases.

Listen — if Naomie and Metul are happy together, well, they're happy together, and it's for them to worry about. For now, it seems like these two are going to go the distance, and more power to them — especially with a public audience.