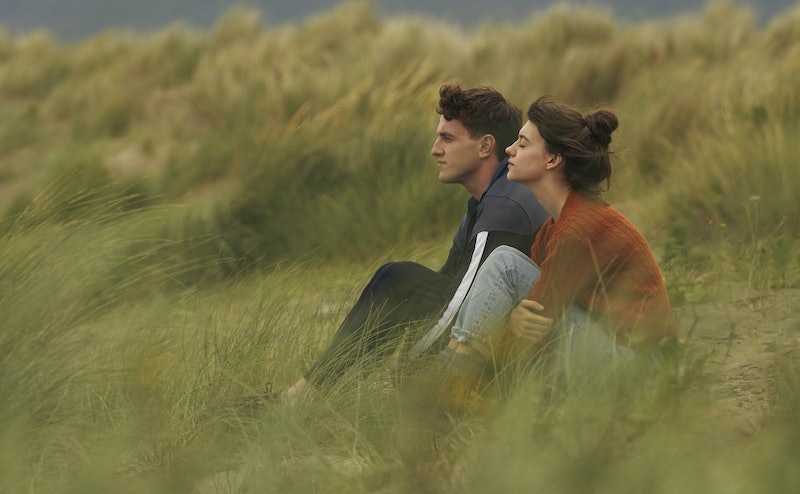 News that Sally Rooney's Normal People was to be adapted into a 12-part television series was music to fans ears. The much-loved novel is both set in Ireland and about Irish characters, and, with that in mind, you might well be wondering, are the actors' accents in the Normal People adaptation real?

The protagonists in Rooney's book, Marianne and Connell, are Sligo natives and the story is set between there and Dublin, in Ireland, as well as Italy. Paul Mescal is playing Connell and he's a born and bred Irishman hailing from Maynooth in Kildare, which is just outside the country's capital and on the opposite coast to Connell's hometown. However, while the Sligo accent may slightly different to Mescal's native one, his costar Daisy Edgar-Jones certainly had a bigger challenge ahead of her when she took on the role of Marianne.

Edgar-Jones is a Londoner and according to Elle she had only two weeks ahead of shooting to get her accent down for the role. Elle reports that, as well as working with an accent coach, Edgar-Jones also spent endless hours chatting to Irish cast mates and getting an ear for the Irish drawl. She even became adept at identifying the slight nuances in regional dialects, noticing the differences in how the word "don't" is pronounced by those from Sligo and those from Mayo.

During the filming, according to Vogue, Edgar-Jones and Mescal became close friends. So much so that when asked by Vogue's Olivia Marks why she's developed a bit of an Irish lilt in her accent, Edgar-Jones responded: "It's because I'm with Paul."

But what about the rest of the cast? Other Irish actors in the show are Desmond Eastwood (who plays Niall), India Mullen (Peggy), Killian Filan (Jack), Fionn O'Shea (Jamie), and Leah McNamara (Rachel). Marianne's best friend Joanna is played by Eliot Salt, who hails from Manchester, and the character of Karen will be played by Niamh Lynch from Merseyside.

The Irish accent is notoriously difficult to master for people not hailing from the emerald isle. As an Irish woman, I can certainly attest to this. Let me tell you I've lost count at the amount of times I've witnessed people IRL, on stage, or on the screen blasting a high pitched, sing-song, cartoon, leprechaun-style, plastic-Paddy accent. Infamously woeful attempts at a Gaelic twang include Julia Roberts in Mary Reilly and Sean Connery in Darby O’Gill & The Little People. So how does Edgar-Jones' attempt at an Irish accent rank in the history of non-natives? Well, I guess you'll just have to wait and see.