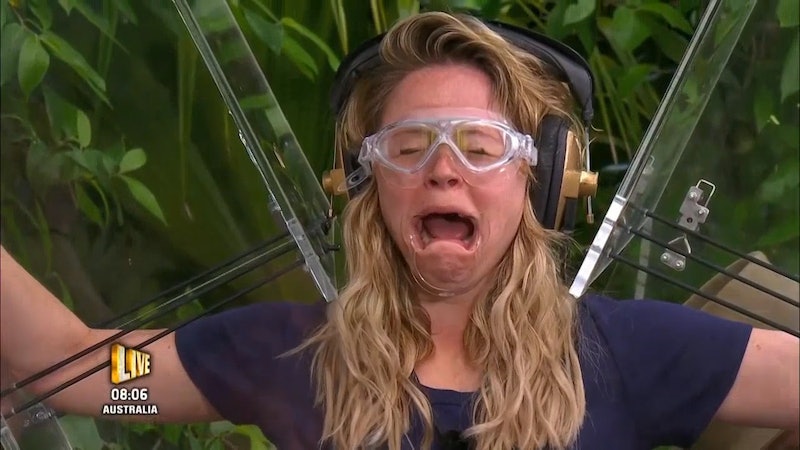 It's all for good fun they said. Oh go on, going in the jungle will be fun they said. Well erm, guys those bushtucker trials absolutely do not look like fun. Also, I feel like the amount of animals in there is more than a little off putting and also like, scary AF. It's something I've often wondered, but are the I'm A Celebrity bugs and animals deadly? Like, could they actually inflict death upon those poor contestants. I did some investigating to find out.

I am no animal expert but my spidey senses are tingling on this one. Isn't it natural to think that say, millions of huge spiders and big fat snakes and crocodiles (even tiny ones) can kill you? Well, it turns out a lot of very vigorous and detailed dry runs are done of the bush tucker trials and challenges, according to the Metro. And who do they test them on? Why crew members of course. Ugh that takes me back to my TV production days. The stuff they make you do on set. OK maybe not having a bag of snakes thrown at me but like, not fun.

So the animals in the trials are not actually poisonous, nor are they able to kill you in any other way. They are just low key nippy and like, well, gross.

However, there is an issue with wildlife and dangerous animals on the set. Considering that the camp is set in the thick and wild bush of an old Australian banana plantation in Murwillumbah, New South Wales, there is a constant issue with wandering wildlife. They have a whole team on set ready to deal with critters and who do regular sweeps of the set. This includes of course the ubiquitous Medic Bob who is on set seven days a week when the show is in production.

Last season, ahead of the show's premier, the camp was over run with the very poisonous funnel web spider, The Sun reported. Gulp. The production team had to send in their very own wildly brave wildlife experts to remove the critters, and to avoid, well, killing any of the contestants. Yep. The bite of the funnel web spider is pretty strong, and able to get through clothes and shoes and toe nails. OMG ewwww. And if you get bitten? Things will get pretty bad. The newspaper reported:

"Symptoms after experiencing an attack can include twitching, vomiting, muscle spasm and death in several reported instances. The time frame from bite to death ranges from 15 minutes to three days."

But y'all, Bushtucker Trials aside, wild animals aside, spiders/creepy crawlies/snakes all aside — the most dangerous thing for the celebrities, is each other. Namely how they prepare rice. Flipping rice. I am not joking. Unless you didn't know, rice is one of the most common sources of food poisoning. No lie. Leading UK food scientist Richard Conroy spoke to The Sun:

"The funny thing is, camp staples like rice will probably be more dangerous than dishes served up during Bushtucker Trials. With campmates likely to be hungry and tired, they must be careful how they store cooked rice. If it is left lying around in warm temperatures, spores of bacteria called Bacillus cereus will grow. The spores will quickly multiply and reheating won’t kill the bacteria off. What you’re left with is toxic rice that can serve up vomiting and diarrhoea."

So basically you are more likely to die from some food poisoning than any of the animals in the trials and challenges on the show. How ironic is that? Ugh just think of the dunny.