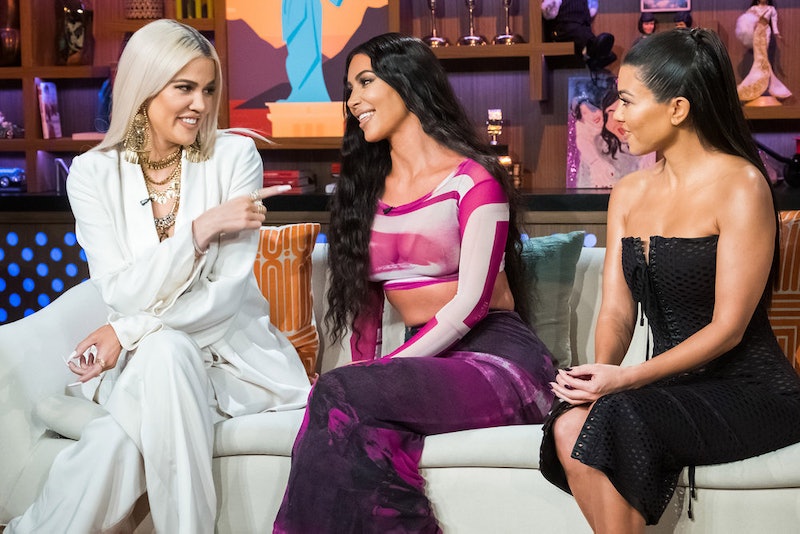 The New England Patriots are facing off against the Los Angeles Rams in Super Bowl LIII, but none of that really matters, because the Kardashians aren't at the 2019 Super Bowl — or, at least, they didn't appear to be, though it seems likely that Kylie Jenner is somewhere in Atlanta. In fact, based on their lack of social media updates leading up to and during the game, they were completely busy doing whatever it is a regular Kardashian Sunday activity is.

It might not be that strange that the Kardashians aren't at the Super Bowl. After all, none of the Kardashians — not Kim, Kourtney, Khloe, Kris, or Rob — have a relation to the players. However, it's still somewhat of a surprise given that one of their own is performing at the Pepsi Super Bowl halftime halftime show. Yes, Travis Scott, Jenner's longtime boyfriend and the father to her only child, is performing at the Super Bowl LIII halftime show. And, though he's not the official headliner of show, he's still taking the stage during halftime alongside headliner Maroon 5 and other guest Big Boi.

Scott might not be a Kardashian by name, but he's currently dating the youngest member of the famous family, Kylie Jenner, and together they share a 1-year-old daughter, Stormi Webster. So, it makes sense that Jenner wouldn't miss seeing her man perform on the Super Bowl stage. It's also fitting that the two should celebrate the big game together. After all, they announced the birth of their daughter one year ago on Super Bowl Sunday with a surprise video, to the joy of all non-sports fans everywhere. And yet, Jenner was conspicuously absent from social media, and from the cameras, during the entire first half of the game.

Jenner appeared to celebrate Scott's big performance with an Instagram post Saturday night. She shared a photo of the sweet couple cuddling up on the stairs with the caption, "baby #2?" Of course, she was quick to shoot down rumors that she was pregnant. But, expecting or not, it's clear that Jenner is set on supporting her beau.

She also updated her Instagram Stories prior to the Super Bowl, filming herself sitting in a car on the way to some undisclosed location with the word "Sunday" written on the image. It's unclear if she was on her way to the stadium to watch the game, or going about her regular day!

Meanwhile, her older sister Kim also posted a photo of herself in transit, alongside a very sleepy looking Kanye West. But, again, she did not say where the power duo was headed at the time.

During the game, Kim shared a few more updates on Twitter, sharing her old Super Bowl commercials, but nothing to suggest that she was actually present for the game. Meanwhile, none of the other Kardashian sisters shared any updates. So, at least as far as social media was concerned, the Super Bowl was a Kardashian-free event this year.