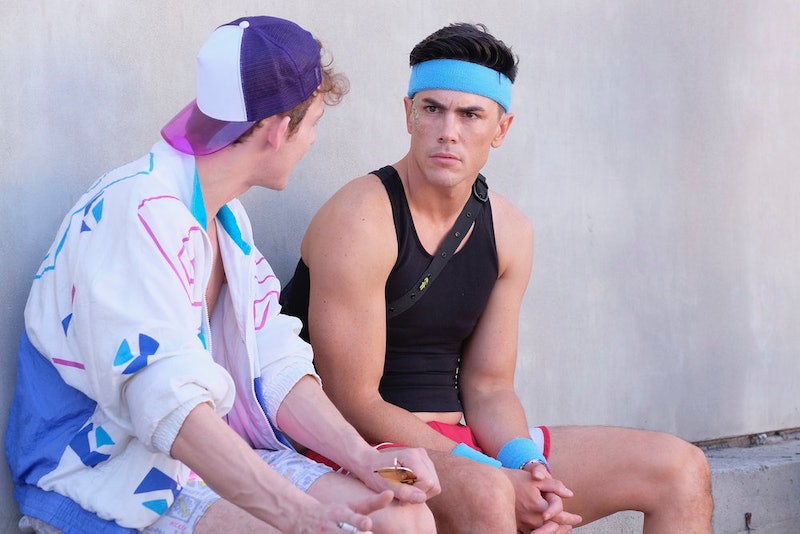 Every friendship has its ups and downs, but there are some power couples that are hard to picture apart: Laverne and Shirley, Thelma and Louise, Schwartz and Sandoval on Vanderpump Rules. But it's the latter pair that may be headed for a breakdown. On Vanderpump Rules, the Toms are in the midst of opening TomTom, their new bar with Lisa Vanderpump and the most important part of their respective careers thus far. But based on previews for the upcoming weeks of Season 7, it seems like their relationship will be threatened for perhaps the first time we've seen on the show, leading to one all-important question: Are the Toms still friends?

The Toms are probably the closest friends on Vanderpump, and we've really never seen them fight before. Suffice it to say, then, that seeing Sandoval scream and cry (he tends to do that, so that’s not the surprising part) about how Schwartz's wife, Katie, is an evil witch is extremely shocking. These are two guys who like to press their heads together and hum a melodic “Tommmmmmm” (it's like “om” but with Toms) together. There's a picture of them kissing in TomTom. They do everything together, and they love each other in a deep, emotional way, so to see Sandoval clap back like that is tense, man. The preview for upcoming episodes doesn't show the aftermath of how (or if) Schwartz will defend his wife against his best friend, but let's hope he does. If you're in between your wife and a hard place, you need to choose your wife. Always.

The catalyst for the fight is, of course, James Kennedy, because he has a history of saying abusive, inflammatory things to women. After body-shaming Katie, she put her foot down and told Lisa she wasn't going to keep working at a place where that kind of behavior was allowed. Lisa agreed and fired James from SUR (again), and he's since blamed Katie for losing his job rather than taking responsibility for his actions. Now, it seems like because Sandoval likes James, he's blaming Katie, too. "You're a bully Katie," he screams in the midseason trailer, before mocking, "I can say whatever I want to anybody, but if somebody calls me fat, I'm getting them f*cking fired." Every man on this show is missing the point, probably because they all continually do really dumb stuff and are forgiven for it. James is the only one who's suffered any consequences for his actions.

Right now, both Toms have photos together on their Instagram, but since they're literally paid to hang out with each other, it's hard to tell if their relationship has been mended since Sandoval flipped out on Katie. All of their social media accounts have a few pics of them together, but more photos with their significant others (Sandoval and Ariana just bought a house) and, weirdly, Chris Pratt, so while they could be friends and just aren't taking a ton of photos together, they also could be on the outs and just keeping up appearances for the show. It's hard to tell, but here’s hoping this best friendship isn't over. You can't have TomTom without two Toms.