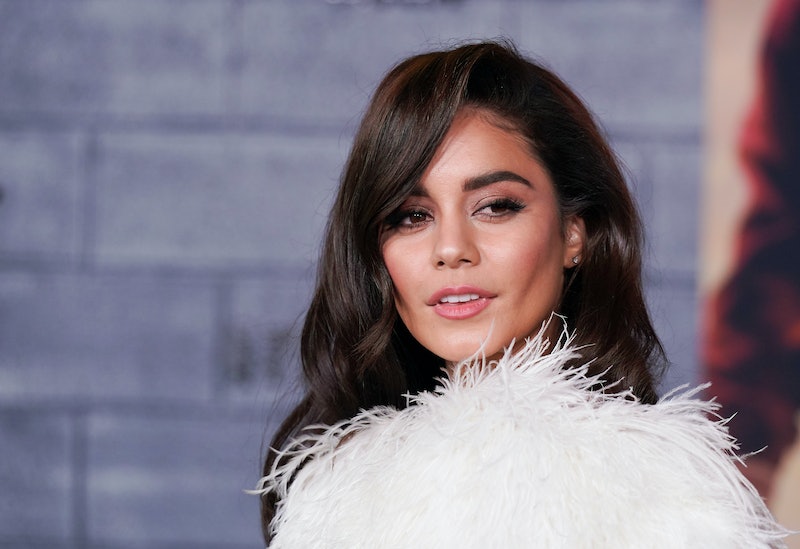 Breakout the microphone, warm up your voice, and throw on your best DisneyBound for ABC's April 16 special. The television event will feature celebrities singing Disney songs from their homes. But, unlike Little Mermaid Live! and other Disney concert specials, the celebs probably won't be singing live in the Disney Family Singalong.

The singalong will be hosted by Ryan Seacrest, with performances from Ariana Grande, Demi Lovato, Christina Aguilera, John Stamos, the cast of High School Musical (minus Zac Efron, who's only delivering a special message), and so many more. Speaking of HSM, it's actually star Vanessa Hudgens who hinted that the celebs won't be singing live from their living rooms. She shared an Instagram on April 14 teasing her "We're All In This Together" performance with her former costars. The video shows her marking different takes for their singalong portion. Hudgens also captioned her IG, "Had such a blast putting this together," which suggests that each performance is prerecorded.

Furthermore, a Disney Family Singalong teaser was released on April 14 with clips from the one-hour special that briefly shows Grande singing "I Won't Say I'm In Love" from Hercules. This appears to be even more proof that the singalong isn't live, which might be disappointing to some. But, as long as the celebs are doing their own singing, the show will still be entertaining, especially with so many famous faces taking on beloved Disney songs.

Other songs viewers can look forward to hearing include "Under the Sea" from Jordan Fisher, "Gaston" from Josh Gad, Luke Evans, and Alan Menken, "Can You Feel the Love Tonight" from Aguilera, and "A Dream Is A Wish Your Heart Makes" from Lovato and Michael Bublé.

The purpose of the Disney Family Singalong is to not only bring joy into households, but to raise awareness for Feeding America and its efforts to help those in need of food during the global pandemic. The performances might not be live, but it's all for a good cause.