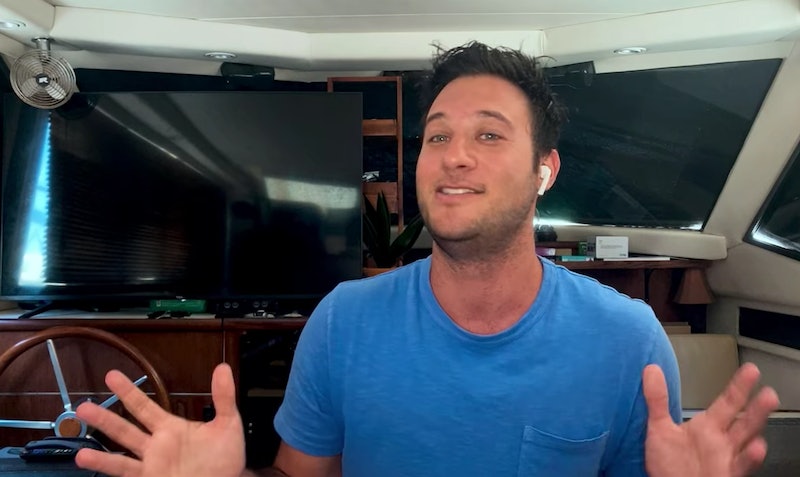 The Too Hot To Handle reunion dropped prompting immediate conversations about so many things. What was Harry thinking with that T-shirt and Pop Ring proposal? How hot is the chemistry between Desiree and Kelz? And how awkward were Rhonda and Sharron? But we were also left with a pretty big question, too: what is going on with Nicole and Bryce exactly?

Rumours of the pair being an item have been swirling for weeks now, but surprisingly, host Desiree Burch didn't acknowledge it or dig for answers during the 40-minute special.

The unexpected news that Bryce and Nicole were a 'thing' started a couple of weeks back, when Bryce spoke to Entertainment Tonight. During an interview, he revealed that the pair had hit it off after the show wrapped.

"Nicole and I have kind of been talking," he explained. "She visited Los Angeles and we had a little bit of a thing. She's been making visits and whatnot."

"We have a great relationship, Nicole and I. She was planning on coming out [again] but with this quarantine, we're long distance technically." And while the reality star is hesitant to put a label on their relationship just yet, he said that "maybe one day" there could be one.

The couple first realised there might feelings there after spending some time together in Mexico after the show. "We were like, 'Wow, we look really good together, don't we?' And then from there it was kind of like, wow, yeah, and it kind of grew from there," he said.

So what's the latest? As mentioned, it was rather surprising that the couple's 'are they, aren't they?' vibe wasn't addressed on the reunion show; in fact, Nicole didn't even have a one-on-one interview with Desiree, and Bryce's was pretty short-lived and didn't discuss Nicole at all. He mentioned that he feels he has changed since leaving the show in terms of no longer feeling the need to sleep with as many women, but nothing about Nicole or no longer being single.

Speaking on The Reality Tea podcast, Nicole spoke out about their budding romance, confirming they are still very much on. "We've so much in common like we get on so, so well. And I think he's the loveliest guy. Like one of the nicest guys I've ever met in my life."

She even discussed the possibility of Bryce meeting her parents: "I feel like my parents thought he was so lovely. And I just want him to come to Ireland and meet my family, like they keep saying he needs to come to Ireland. And so, yeah, we'll just have to wait and see what happens. But yeah, he is amazing."

She also told The Sun on May 7 that despite not putting a proper label on it, the pair were indeed dating and “talk every day on FaceTime." She even called him "husband material." Woah.

And Bryce sounds just as keen, telling the publication he "will definitely go to see them in Ireland at some point. My family love Nicole and I’d love to meet hers," he added.

I can't wait to see how this progresses post-lockdown. Missed opportunity for the reunion episode, though.