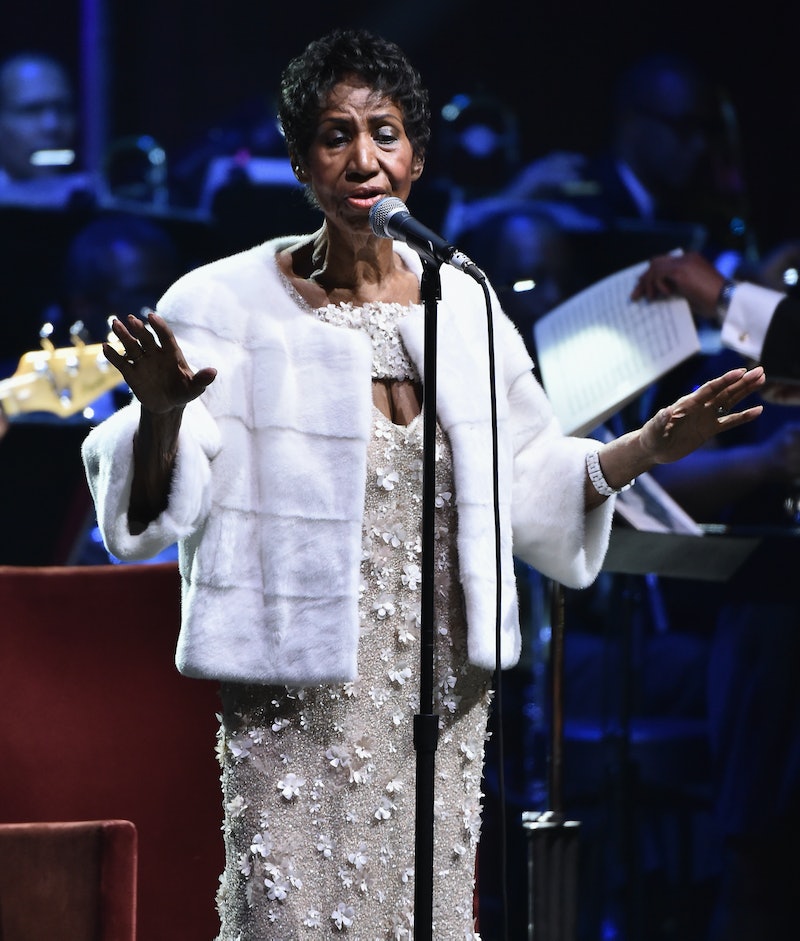 After news spread about legendary artist Aretha Franklin's passing on Thursday, fans turned to her music for comfort. Looking back at Franklin's last performance is really a testament to her talent and dedication. Even though she had announced her retirement in February 2017, she still took the stage at Elton John's gala marking the 25th year of his AIDS Foundation in November of that year. A Rolling Stone video captured part of Franklin's moving performance on Facebook, and it's worth a watch.

The fact that Franklin continued to perform, even after she was ready to retire, is a testament to just how dedicated she was to her music. And that passion for everything — ranging from her music to her loved ones— is clear in the statement Franklin's rep released about her death. In a message on behalf of Franklin's family (shared by CNBC as well as other publications), the singer's rep said:

As devastating as the news of her passing is, it's clear Franklin left her mark on the music industry — and even she knew that. Speaking of her retirement in February 2017, Franklin explained how "enriched" she felt with her career in an interview with Detroit's WDIV Local 4. She said at the time,

Back in 1987, Franklin made history as the first woman inducted into the Rock & Roll Hall of Fame. She also earned a number of awards, including 18 Grammys and more than 40 nominations.

While it may not have been her final performance, when Franklin performed at the Kennedy Center Honors in 2015, it was an unforgettable moment — so much so that even President Barack Obama was moved to tears, according to a Rolling Stone report at the time. As seen in the video below, the former president got emotional, as others in the audience were moved by the music as well.

Whenever Franklin performed, she clearly gave it her all. And it's that level of passion, along with her undeniable talent, that makes her a legend in every sense of the word.