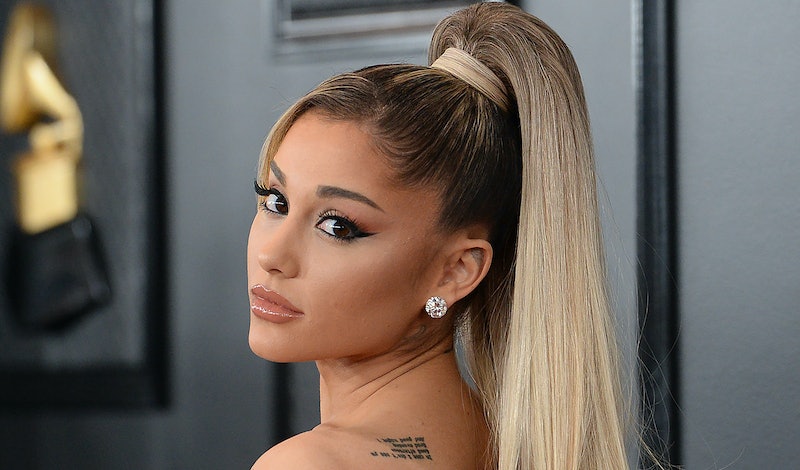 May 22, 2020, marks three years since the Manchester Arena bombing. Almost 1,000 people were injured and 22 died after an explosive device was detonated during an Ariana Grande concert at the venue. Since then, the singer has done so much to honour the people caught up in the attack and raise money to support those affected. In the run up to the anniversary, Ariana Grande shared an emotional message about the attack and sent her love and prayers to those people who are still suffering.

Grande has been open about the fact that she’s suffered with PTSD after the atrocity almost three years ago. In an Instagram story on a plain grey background she wrote, “I want to take a moment to acknowledge and send my love to everyone who is feeling the sadness and tremendous heaviness of the anniversary coming up this week.”

In an interview with British Vogue in 2018 she acknowledged that time had been her biggest healer but said "I don't think I'll ever know how to talk about it and not cry." In today's Instagram story she continued, “Not a day goes by that this doesn’t affect you and all of us still. I’ll be thinking of you all week and weekend. My heart, thoughts, and prayers are with you always.” She signed off the story with a black heart and bee emoji, representing the Manchester worker bee which has become a symbol of hope since the attack.

Grande has done a lot to commemorate the attack and the people who were injured and died. In June 2017, she organised the One Love concert in Manchester. Featuring Miley Cyrus, Coldplay, Little Mix, and Justin Bieber to name a few, the benefit was to raise money for the We Love Manchester Emergency Fund which was established after the bombing. She also returned to Manchester in 2019 to headline Manchester Pride.