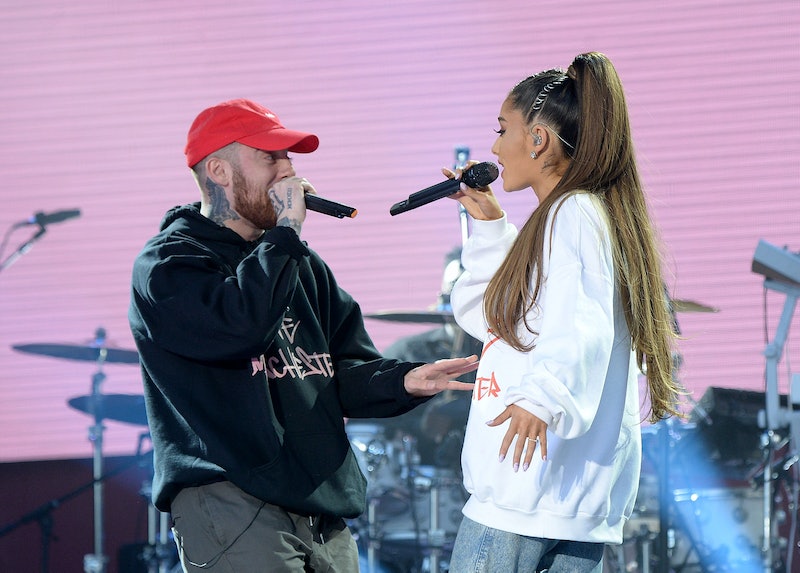 Fans are still mourning the late Mac Miller, and Ariana Grande, his one-time girlfriend, close friend, and constant collaborator, is making sure they remember him for what he loved most: his music. Ariana Grande reflected on Mac Miller's impact in a new interview with Apple Music's Zane Lowe, which was released on Wednesday, May 13.

While their relationship was the subject of much speculation, Grande said that "nothing was more important" to him than music in his life, and she wouldn't have had it any other way. "He was the kind of person who woke up and rolled into the studio, tumbled out of bed, into the studio next door," she told Lowe. “Talk about losing track of time and forgetting to eat, [having to] remind yourself to take care of yourself and be a person." Miller died in October 2018 of a drug overdose, much to the shock of fans everywhere, but, Grande recalled, "He was a person who gave literally every single second of his thought and time and life to his music."‌

Grande's history with the rapper goes way back. He first featured on her breakout single "The Way" in 2014, and they remained close friends since. Grande and Miller were first linked romantically in August 2016, as they guested on more of each other's songs, including a remix of Grande's anthem "Into You." The couple dated for nearly two years before they split in May 2018.

The singer recently honored his love of music by including several of his songs in a special "quarantine prom" playlist she created for Apple Music along with Justin Bieber. Speaking with Lowe, she explained that Miller's number one wish would be for people to keep listening to it. And she's dedicated to making that happen. "It’s just such a beautiful gift, I think, that he kind of touched the world with. I think the thing he’d want most is for us to just appreciate it and not forget about it.”

More like this
Ariana Grande & Kristin Chenoweth Sing A Wizard Of Oz Classic On TikTok
By Alyssa Lapid
Brad Pitt Wants To Share The Spotlight With This Celeb In Shania Twain’s “That Don't Impress Me Much”
By Alyssa Lapid
Harry Styles Is Performing At The 2023 Grammy Awards
By Jake Viswanath
Adam Levine & Behati Prinsloo Welcome Their Third Child Together
By Jake Viswanath
Get Even More From Bustle — Sign Up For The Newsletter
From hair trends to relationship advice, our daily newsletter has everything you need to sound like a person who’s on TikTok, even if you aren’t.