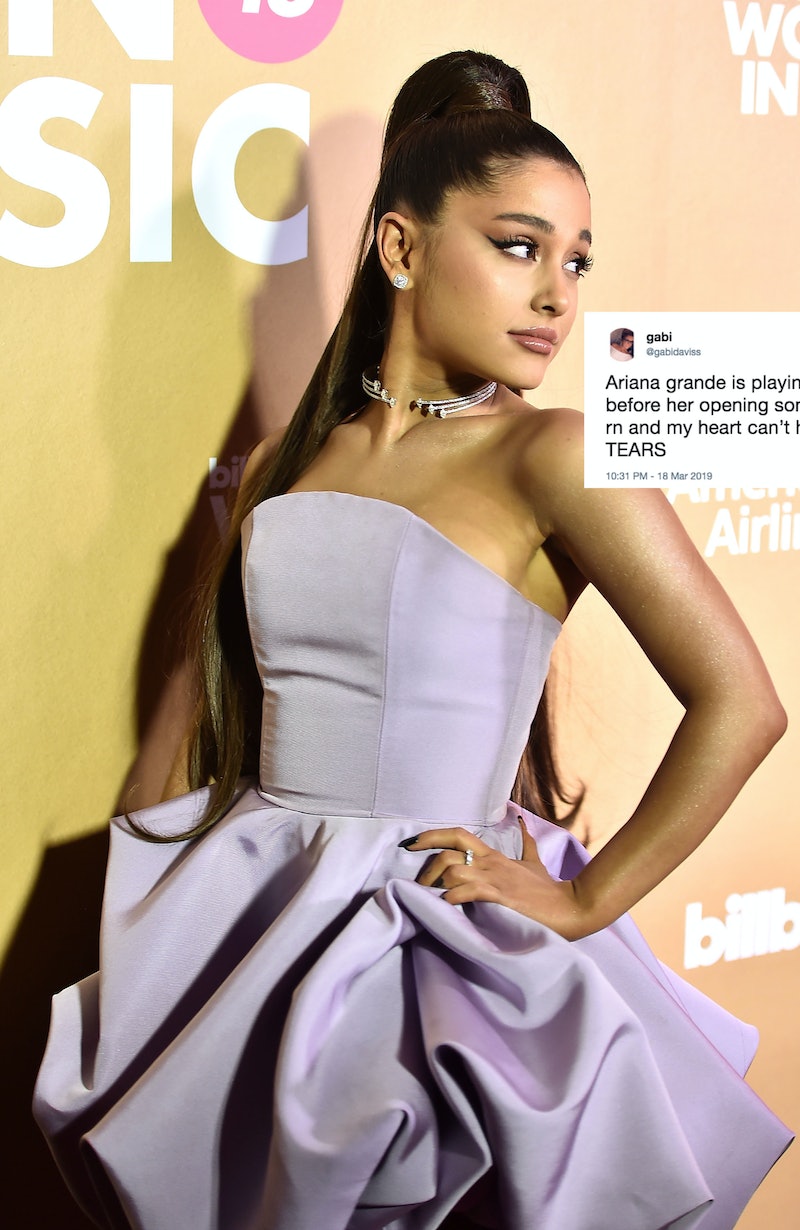 In less than a year, Ariana Grande has released two albums — Sweetener and Thank U, Next — and as of this week, she's out on tour performing songs from both. On Monday night, Grande paid tribute to Mac Miller at the Sweetener World Tour when it kicked off in Albany, New York, and fans couldn't stop tweeting about how sweet the nod to her late friend and former boyfriend truly was.

As People pointed out, fans on Twitter who were at the concert were tweeting about Grande playing a song by Miller before she took the stage to perform. Although some of the fans tweeting about the tribute didn't clarify which song Grande was playing, others tweeted that it was Miller's song "Dang."

"Ariana grande is playing Mac Miller right before her opening song for sweetener tour rn and my heart can’t handle it. SO MANY TEARS," one fan on Twitter wrote. "Aaaaand they're playing Mac Miller at the Ariana Grande concert. Not emotional no no no not at all," another fan wrote.

Considering how much Miller meant to Grande, it makes sense that she'd want to honor him in some way at her tour, and including his music seems like a fitting way to do so.

Even fans who weren't at the concert were moved by the fact that Grande found a way to include Miller and his music in the tour, even in the capacity that she did, and Twitter was flooded with emotional messages about it.

Grande has been open about what Miller meant to her since he died at age 26 last September. Just four months earlier, Grande and Miller split in May 2018 after dating for almost two years. Playing his song at her tour is hardly the first tribute that Grande has posted since his death; shortly after the news broke, she shared a video of Miller to her Instagram, along with a message to him in her caption. She wrote:

Since then, she's shared several of her favorite memories with him to social media, including a video of Miller and her grandmother on her Instagram Story. Then, in November, she tweeted about how much she missed him, writing, "he is supposed to be here."

It's hard to imagine how difficult losing Miller was to Grande, but she's keeping his spirit alive however she can — including at the tour.