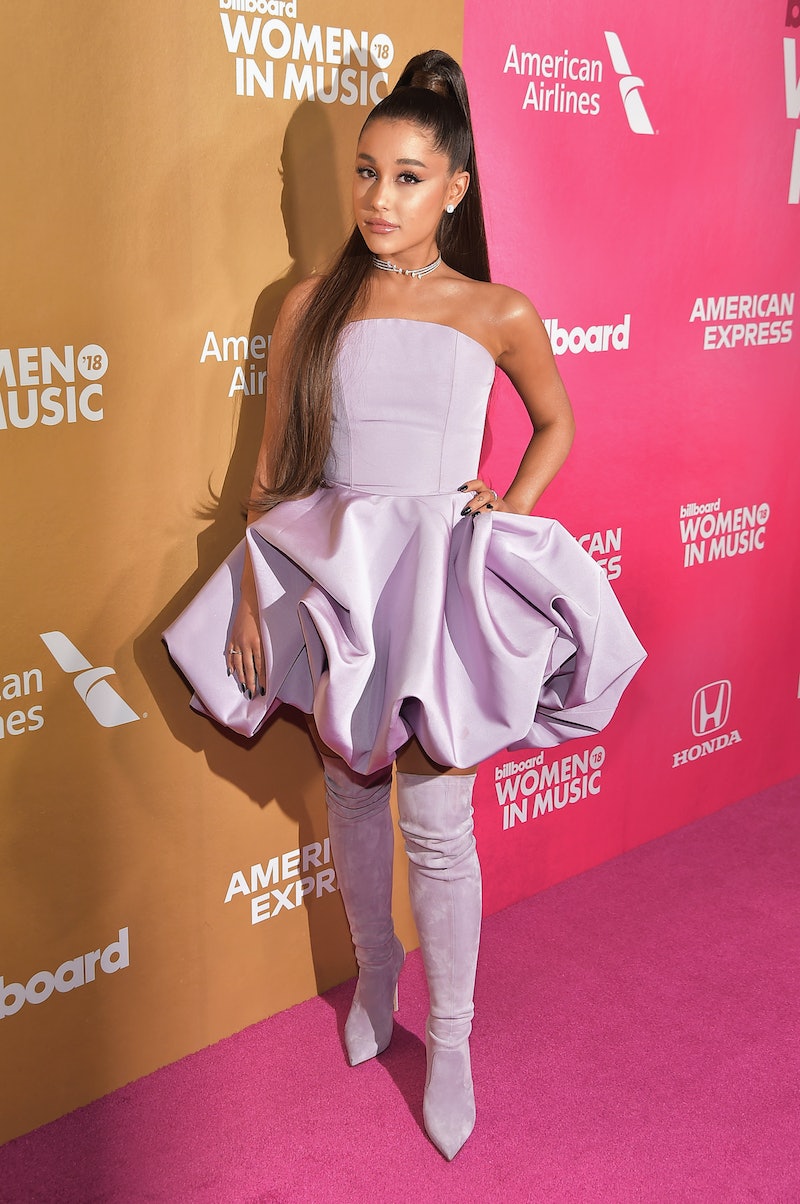 There's no denying that 2018 has been the year of Ariana Grande. She proved she's set to become part of a new generation of icons, with her hit fourth album Sweetener and her breakup anthem "Thank U, Next." Her reign as the standout pop star of the year might have been unexpected, but in Ariana Grande's new throwback videos that she shared on Twitter on Saturday, Dec. 22, the "God Is a Woman" singer showed she's always been destined for stardom.

The videos show her as an adorable youngster with an appreciation for music icon Céline Dion. In the first video, her mom, Joan, is heard asking, "What else would you like to sing?," with Grande excitedly saying "The next one!" The song turns out to be Dion’s ballad "The Reason." Even as a kid, Grande could easily belt it out. And when the song ended, Grande was ready to sing it again, shouting: "Put it from the beginning, Frankie!" to her brother.

But that's not the only Dion song she loved singing. Grande also sang a duet with her mom of Dion and Barbra Streisand’s "Tell Him." In the video, Joan declares she'll be singing the Streisand parts, but Grande wants to be the multi-hyphenated icon. These days, Grande lets her mom sing Streisand's parts. "We still sing this she's still Barbara and still this stunning and cute if not more so," the singer tweeted.

It’s clear Grande has always had a passion for singing. South Florida's South Sentinel reported in 2012 that as a kid, Grande started her career as a performing singing with the Florida Sunshine Pops and working with the Fort Lauderdale's Children's Theater. Grande told Complex that she starred in various productions, which she initially did for fun. "I was always doing community theater in Florida, performing Annie and The Wizard of Oz and Beauty and the Beast and all those cute plays, until I was 13 and I started taking it seriously," recalled the 25-year-old singer.

Her experience onstage led to her being cast in the Broadway production of 13: The Musical in 2008. The Broadway show remains somewhat obscure, with Broadway fans remembering it being the first production led by teens, even having a teen orchestra, according to The New York Times. Grande didn't have a large role in the musical, but she was thrilled to be on Broadway, as she told Complex in the aforementioned interview. "I was just in the ensemble, I barely had any lines, but they gave me all the highest harmonies. I was belting my *ss off the whole time and it was incredibly challenging and wonderful," said Grande.

Despite not having a big role, 13 is may be responsible for Grande becoming a huge star. With Broadway experience under her belt, both Grande and her 13 co-star, Elizabeth Gillies, were cast in Victorious, winning over a large fan base. But while Gillies went on to star in the Dynasty reboot, Grande left her acting days behind to focus on music—and the rest is history.

Seeing Grande gleefully sing along to legends like Dion and Streisand shows how far she's come. She went from singing in the car with her mom to carving out her own space to become a legend in her own right.