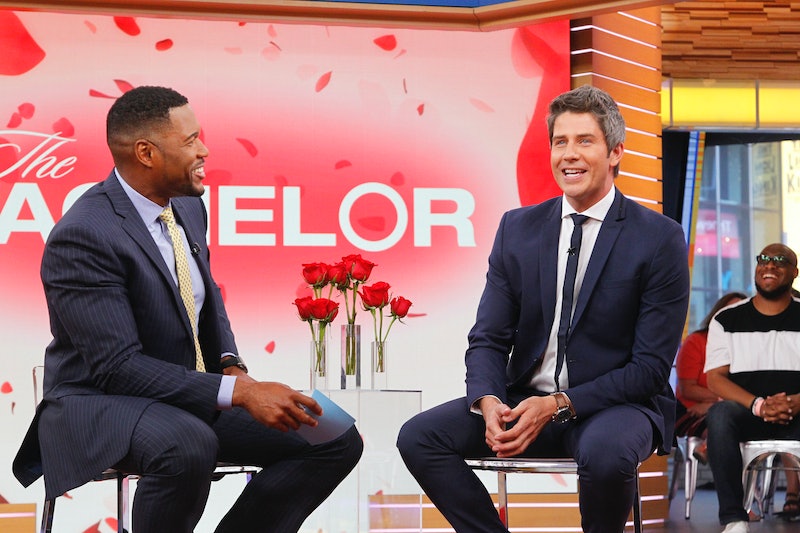 This is the post I was born to write, you guys, because I have wanted an Arie Luyendyk Jr. Bachelor season since 2012. Ever since Emily Maynard broke his heart on Season 8 of The Bachelorette, I've thought Arie deserved to be the Bachelor to find that true love he wanted five years ago — and clearly still wants now. And, look, I can understand the inclination to hate what you don't know — but Arie is going to be a great Bachelor, and he's sure to turn all you haters around.

And, if your hatred comes from the fact that you haven't even seen his season, well, you should. Half the reason I know he'll be a great Bachelor comes from his time on Emily's season. ABC is apparently going to make the season streamable soon. So, you really have no excuses not to watch.

Once you do watch, and you really should, you'll see what America saw at the time and what the producers obviously still see: Arie is hot and sweet and charming and good natured and ready for this. And, isn't being ready for this something creator Mike Fleiss always places a lot of emphasis on?

As great as Peter and Eric are, I'm not sure either of them is ready for the challenges this show asks for because, like it or not, the current format of the show really does demand a proposal. Is that the best thing always? No, but it's also the way it is and the way the producers think about it. Peter isn't into that timeline and Eric was never in love before Rachel. Not that I think he couldn't find love on the show, I just worry that he would get swept up in the romance and chaos of it all and propose and come out the other side not feeling as strongly as he thought. But, who knows. In any case, Arie is the Bachelor and he is ready. It's been five years since he wanted to propose to Emily (and his love for her was so strong that he was still in love with her during the live finale and tried multiple times to contact her outside the show) which means he's only grown more mature and knowing of what he wants.

But, readiness aside, fans are sure to fall in love with Arie's personality. I know, because I did five years ago. Arie is charming and so, so genuine and also funny. His Bachelor live tweeting is must-see on Monday nights. Just imagine what he'll be like on the show. After Ben H. and Nick won't it be nice to have a Bachelor who has a sense of humor? He can poke fun at himself and the show in a good-natured way that will instantly charm you.

Then, there's the fact that Arie is clearly in this for love. He's never been on Bachelor in Paradise, he has a real, actual career that has nothing to do with fitness (no shade, I just like to mix it up), and he doesn't shill teeth whitening products and hair gummies on Instagram. Again, no shade, but he is kind of refreshing. As Evan Bass joked about on Twitter, Arie comes from a time before social media fame was a guarantee from being on the show, which just makes him all the more genuine.

He's such a good guy, in fact, that a show producer went to bat for him after Emily found out Arie and the producer had dated 10 years prior. In any other circumstance this would have been a major drama point for the show and pretty much doomed his chances. But the producer ensured an upset Emily that they weren't that close, that it was a long time ago, and that she shouldn't give up on Arie. Emily took the producer's advice. And, if that scenario could go his way, anything can.

He's still in fans' minds five years later. Do I know what Jef Holm is doing now? No, and he won Emily's show. Arie had a lasting impact on fans (those who watched the season) that has carried him through to now. The Bachelor is one of ABC's biggest shows. They would never cast a nobody on a whim. They know that fans have wanted Arie for years. He came close to being The Bachelor after his season but lost to Sean Lowe. He came close again but lost to Chris Soules. He's the anti-Nick Viall, basically. Instead of going on the show four times and failing to find lasting love every time, he went on the show once, found love but was rejected, and then waited patiently for his second chance to find it again.

Arie impressed everyone back in 2012 — and he'll do it again. Just you watch.

More like this
'The Bachelor' 2023 Schedule Differs From Last Season In 1 Key Way
By Grace Wehniainen
This ‘Bachelor’ Spoiler Teases The Dramatic Self-Elimination Of A Fan Favorite
By Grace Wehniainen
Zach Swears He Didn’t Look Up Contestants Before The Bachelor Began Filming
By Brad Witter
Hannah Ann Got Engaged 3 Years After 'The Bachelor' & The Proposal Was Dreamy
By Grace Wehniainen
Get Even More From Bustle — Sign Up For The Newsletter
From hair trends to relationship advice, our daily newsletter has everything you need to sound like a person who’s on TikTok, even if you aren’t.