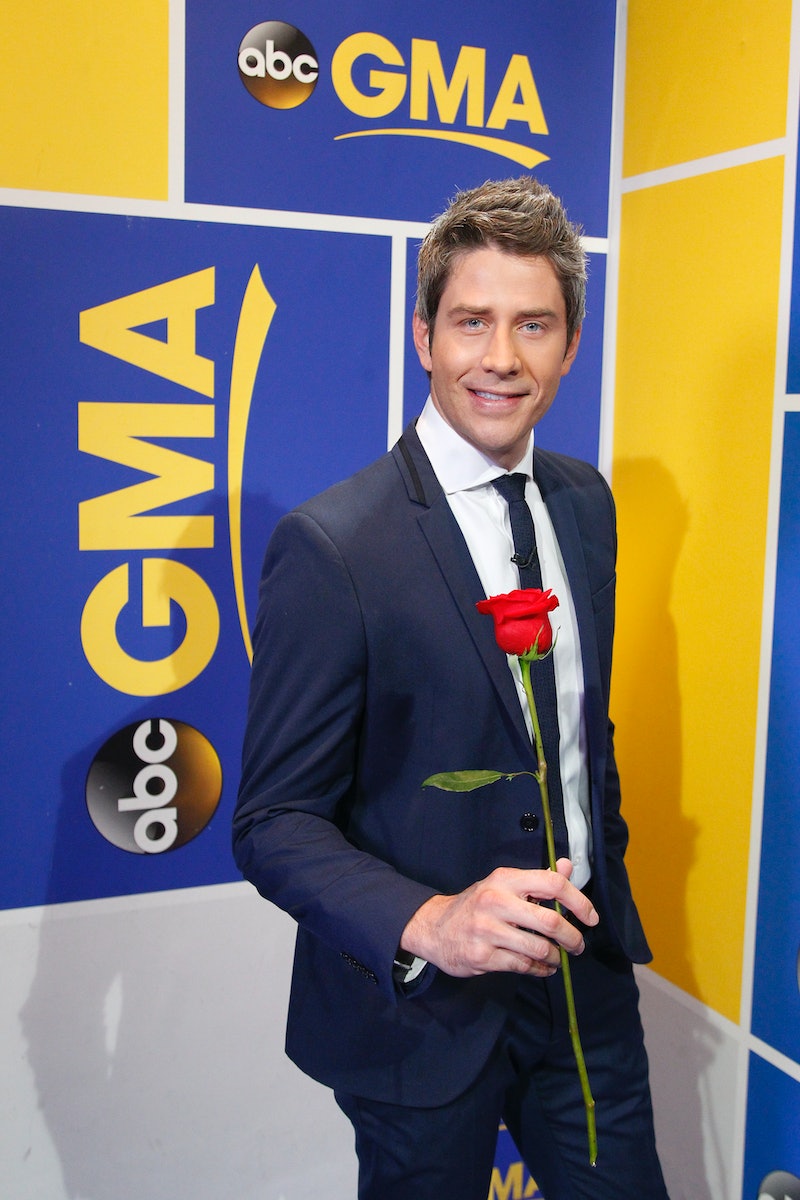 The 2018 Bachelor has finally been announced, but a lot of fans are confused about the choice. Arie Luyendyk Jr.'s Bachelorette season with Emily Maynard aired five years ago, which is pretty long ago in Bachelor Nation terms. So, for those of you who may need a refresher (or an entire rundown) here's what happened on Arie's season of The Bachelorette — and let's just hope this time things end better for him.

Arie first appeared on the show in 2012 for The Bachelorette Season 8 (yeah, it was a long time ago). Since he lost out on Emily's love to Jef Holm (which didn't work out anyway), he's stayed pretty quiet in Bachelor Nation. He never went on Bachelor in Paradise, for example. But, according to his buddy (and former Bachelor) Sean Lowe, Arie was reportedly in the running for The Bachelor before this. Much like what happened to Luke Pell last year, Arie was reportedly in contention to be the Bachelor in 2015 but lost out last minute to Chris Soules, Lowe said. So, suffice to say this was a long time coming. And, after you catch up on what happened to him on Emily's season, you'll be thrilled that he's getting his second chance at televised love.

He Was Honest With Emily Out Of The Gate

Arie knew that he shared the same job as Emily's fiancé who had tragically passed away years earlier (in an an accident unrelated to racing). He was open about it from the start, wanting to make sure it wouldn't be an issue for her or open old wounds. She assured him she loved the racing lifestyle and it wasn't a problem.

And Was A Quick Frontrunner

Arie won Emily's affections early on and stayed a frontrunner throughout the show. He was, if you will, the Peter of Emily's Rachel.

He Got A Date In Dollywood

In Week 3, Arie received a coveted one-on-one where he and Emily traveled to Dollywood and met the Dolly Parton.

He Was The Best Kisser

Arie's kissing is legendary. He even went on Sean Lowe's Bachelor season to give tips to his friend. His and Emily's physical chemistry was immediately apparent and continued throughout the show.

He Dated A Producer

Emily and Arie had a hiccup in their journey to love when a producer admitted that she had dated Arie... a decade earlier. Initially Emily was upset but after speaking to Arie (off-camera) the two worked things out.

They Went To His Hometown

Arie got to bring Emily to his hometown of Phoenix, Arizona, where she met his family and also checked him out on the race track.

He Didn't Get A Fantasy Suite Date

Emily chose to skip the date with all three of her men because she didn't want her daughter seeing that. She didn't even offer Arie the key because she said she didn't trust herself.

He Was The Runner-Up

Emily dismissed Arie before the final rose ceremony in deference to his feelings, but he was still just as devastated. And, when he cried, America cried. Or, at least, I did.

During the live finale, Emily revealed that Arie had tried to get in touch with her after the show and even sent her his journal from his time during filming in an effort to explain some of his feelings (and maybe try to woo her back? He was clearly still in love with her). But, Emily refused to open the journal and essentially broke Arie's heart again on live TV.

Now He Gets To Find Love Again

After that, Arie played things pretty quiet in Bachelor Nation but now he's back to find that true love he's spent the last five years looking for. Here's hoping second time is the charm for him.