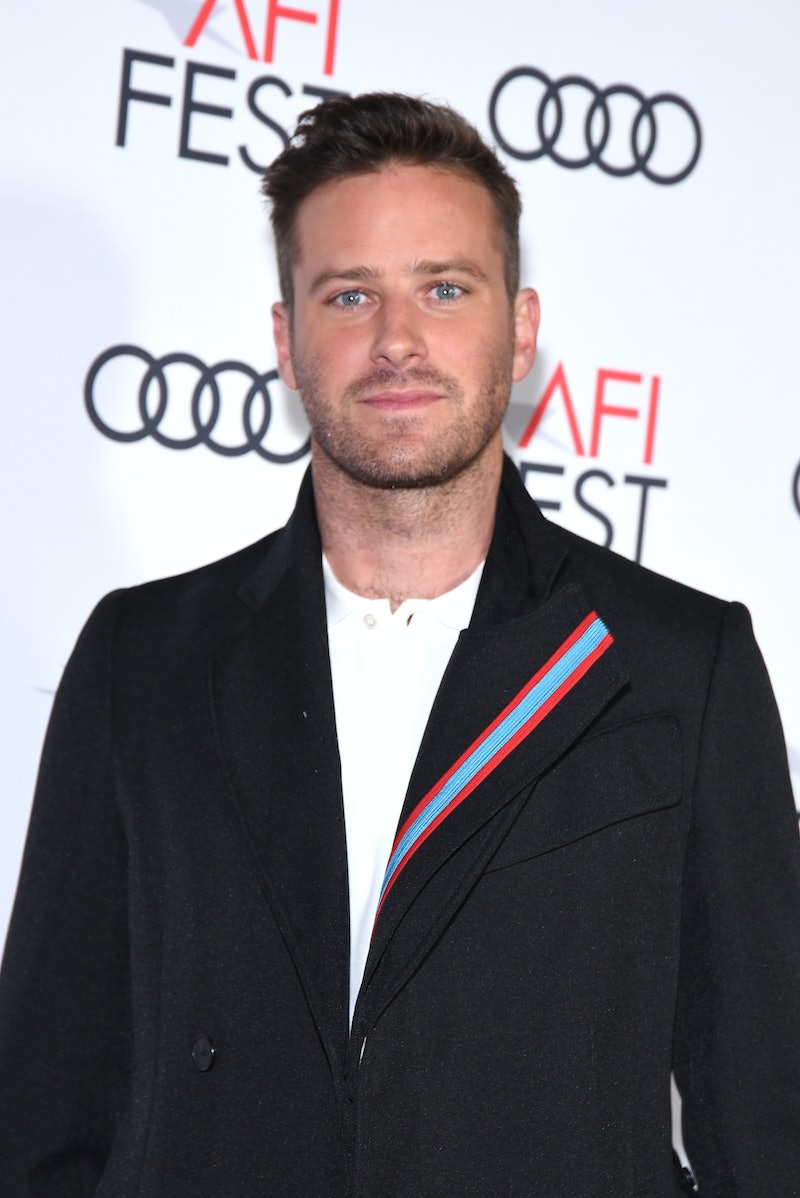 Shortly after he received a strongly worded note from Negan, Armie Hammer apologized for his comments regarding celebrities’ Stan Lee tributes. When news of Lee’s passing broke on Nov. 12, many individuals who were fortunate enough to work with the comic book legend shared photos they took with him on social media. The photos did not sit right with Hammer. So, he said something about it. And Hammer’s reaction did not sit right with a lot of people, including Jeffrey Dean Morgan. So, they said something about Hammer's remarks. At first, he stood by his original stance, but a few days later, Hammer said he was sorry and called himself an "a**hat."

On Thursday, Nov. 15, the Call Me By Your Name actor tweeted out a Notes App mea culpa. Hammer wrote,

“While attempting to provide some unnecessary social commentary about the current selfie culture, I (in true a**hat form — thank you Jeffrey Dean Morgan) inadvertently offended many who were genuinely grieving the loss of a true icon. I want to apologize from the bottom of my heart and will be working on my Twitter impulse control.”

Sharing a selfie in remembrance of someone may not be your bag, and that is OK. Or maybe it is your bag. That is OK, too. Grief is a complex thing, everyone mourns in their own way, et cetera.

This whole thing started on Monday when Hammer basically said it is in poor taste to post pictures of yourself with Lee and call it an homage to the departed icon. The tweet has since been deleted, but according to E! News, Hammer wrote, “So touched by all of the celebrities posting pictures of themselves with Stan Lee… no better way to commemorate an absolute legend than putting up a picture of yourself.”

After a number of Twitter users challenged this take, Hammer replied, “If Stan impacted your life (ie. All of our lives) with his work, post his work that touched you the most. Posting a selfie makes his death about you and how cool you felt taking a picture with him.” In another tweet, Hammer said, “If your answer is ‘post a selfie’ then I think we need a cultural revamp across the board.”

The original tweet and his followup tweets garnered a lot of heat. Like, a lot of heat. Hammer eventually changed his tune and took the original tweet down— but not before Danny Duquette could respond. As Entertainment Tonight Canada noted, Morgan said in a now-deleted tweet, “Looks like you found a way to use others ways of mourning and their memories to draw some attention to yourself." Zoinks. The Walking Dead star continued, “You sound like a real a**hat.” Zoinks again.

Which brings us to Hammer’s response to all of the responses to his response to the selfies. A response that hopefully puts an end to this mess once and for all. What a humble and gracious and mature reaction to someone calling you an a**hat.