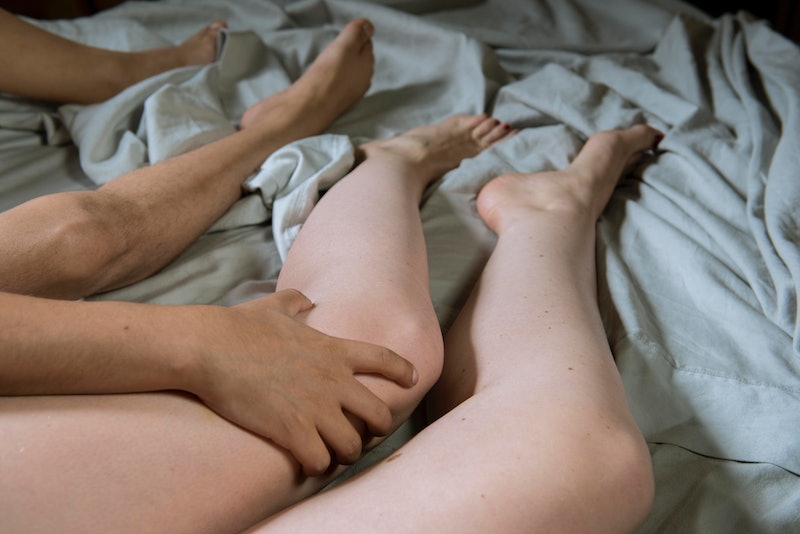 “I personally define asexuality as a spectrum, and I'm grey ace,” Alaina, 24, tells Bustle. “I need to be really emotionally connected to someone to feel sexually attracted to them or want to have sex.” Alaina is in a relationship with someone who’s not asexual.

“I like to have sex with my partner because it's a way for us to be physically intimate with one another beyond cuddling and kissing,” she says. “Because I'm asexual, I can't always jump right into sex or a sexual mood the way a lot of people can, so it takes me more time and preparation to get there, but that's something my girlfriend respects and we've worked it into our sex life.”

Indigo Wolfe, 24, identifies as demisexual, which they tell Bustle is on the asexual spectrum. This means that before being physically attracted to someone, they have to like and respect them.

"I define asexuality as an orientation where you are attracted to people, but with a lot of caveats."

Wolfe has sex with their long-term partner often and masturbates three times a week or more, thinking about people they know or imaginary people. They can't get turned on by thinking about celebrities because they don't know them.

The Myths About Asexuality

There are a lot of myths about asexuality, the biggest being that it doesn’t exist, says Taryn. Another is that they have “no desire for sex or sexual pleasure,” says Alaina. For some asexual people, like Taryn, asexuality is more about lack of attraction than lack of sex drive. And others, like Alaina, are not completely asexual all the time and might actually feel attraction to people sometimes. “Most aces I know fit somewhere on the spectrum, and even sexual people I know are on a spectrum somewhere too, with different feelings about sex/sexuality and sex drives,” says Alaina.

"Don't think of everything as black and white. There's a ton of grey in there too."

"As someone who identifies as a demisexual slut, I want folks to know that ace humans can have a ton of sex if they want it and still identify as asexual," says Wolfe. "We all have connective needs even if they are different. Don't think of everything as black and white. There's a ton of grey in there too. Just look at our flag."