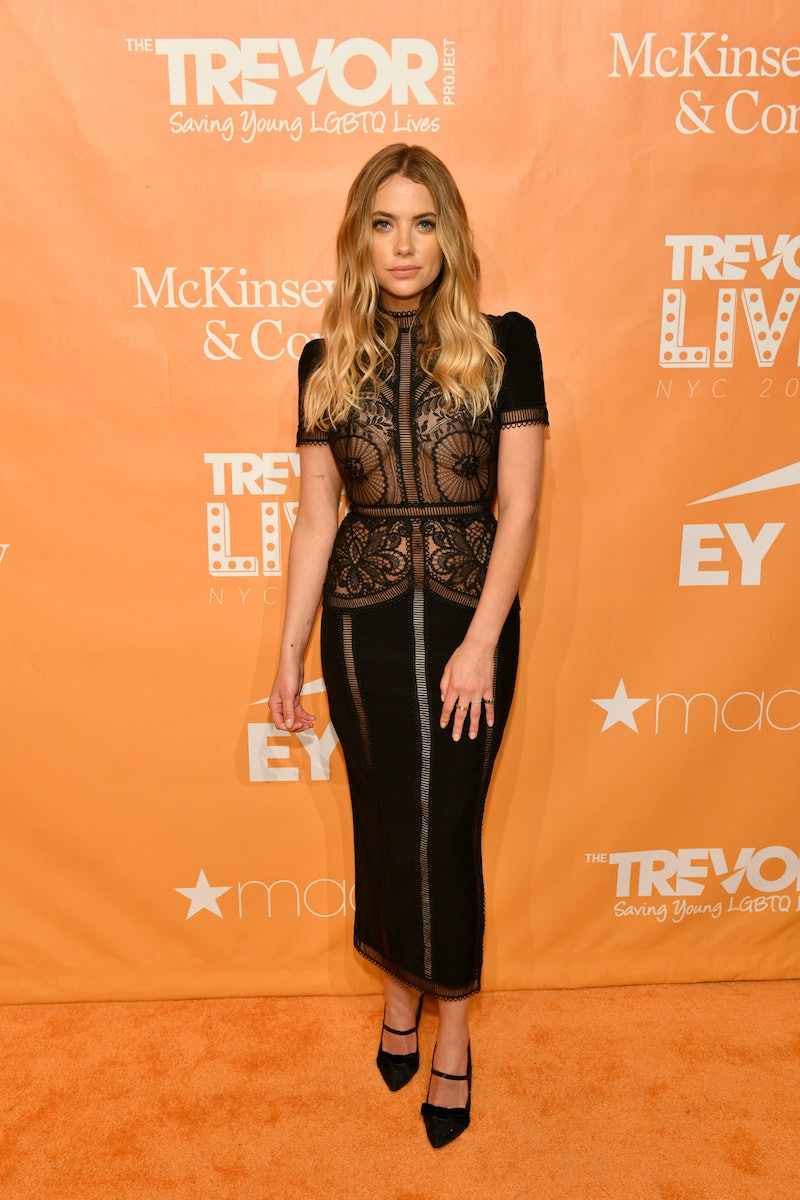 The mystery of "A" is over, and Pretty Little Liars fans have bid goodbye to the television series. Howver, there may be one more farewell that they have to say. Ashley Benson's brown hair means that her character Hanna's signature blonde is gone, and it could mark a sad day for PLL fans.

Benson famously portrayed Hanna Marin on the Freeform series since its inception in 2010. Throughout the show's 7 year history, Benson and her character remained blonde (even if in varying shades). Plus, in real life, Benson was also known for her lighter tresses, but according to an Instagram post she uploaded on Oct. 6, that no longer appears to be the case.

According to Elle, Benson posted an image with friend Remington Franklin to her Instagram feed with the caption, "Me and my best," then tagged her friend. Franklin also put up an image of the pair with a tongue-in-cheek caption that read, "Don’t worry ladies she’s taken...I’m still single... 35 years and counting." In both Benson and Franklin's photos, it's clear that the former Pretty Little Liars actor and Privé Revaux eyewear designer has transitioned from a shadow-rooted blonde to a true brunette, and the color is just in time for fall.

Benson, however, may not have gone brunette overnight. While some celebrities have made major hair changes in the blink of an eye (here's looking at you, Kendall Jenner), Benson's move from blonde to brunette seems to have been more a gradual change that could help the actor avoid damage to her hair due to fast processing.

If you look back to July, Benson debuted her eyewear collection with Privé Revaux. In the images, the actor is clearly blonde (and rocking a "CD" tattoo on her ribcage). However, when you start looking at Benson's more recent photos, her hair appears to become gradually darker, shifting into a more bronde tone.

Benson's seeming slow transition could have helped protect her hair from damage during the process. According to Refinery29 who spoke to colorist Jeremy Tardo, the work of going from brunette to blonde requires a process called filling. During this time, the warm tones found in brunette hair must be redeposited so that it doesn't fade or become discolored.

Plus, according to Dermstore, going brunette can take time. To get a natural looking color, you'll need to undergo several different glosses and toners. This can either take hours in a salon chair or several different appointments. Benson could have chosen to go darker over a few different sessions based on her Instagram.

It turns out that Benson's brunette hair may be around for a while according to Glamour. Halie LeSavage wrote about her own hair process for the magazine and explained that going back to blonde once you've hit brunette may not be so easy. LeSavage spoke with colorist Genna Still who says that going back blonde would be considered a color correction which means the deep tones would need to be removed from the hair altogether, and the process is laborious.

While you may know Benson for her blonde hair, the new brunette 'do could just be around for a while.