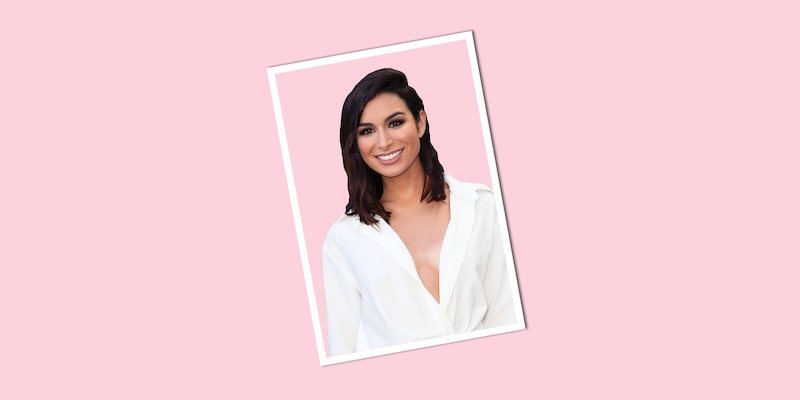 Bustle takes the Bachelor franchise pretty seriously. That’s why we created the Bachelor Nation Class of 2018 — like high school superlatives, but Bachelor edition. Check out what Ashley from Chris' Bachelor season had to say about being awarded "Most Likely To Become A Kardashian."

If you watch The Bachelor, you probably know Ashley Iaconetti as that woman who cries — a lot. She appeared on Chris Soules’ season of The Bachelor, numerous seasons of Bachelor in Paradise, and a season of The Bachelor Winter Games, leaving a trail of tears in her wake. But really, Ashley is so much more than that — she’s navigated so many seasons of Bachelor franchise shows with an indefatigable sense of humor, even while straight-up weeping. That, coupled with her penchant for false eyelashes and a strong makeup game, led Bustle to name her "Most Likely To Be A Kardashian" in the Bachelor Nation Class of 2018.

"Most likely to be a Kardashian, huh? I'll take it! I feel like Marikh from Arie's season should have won this award. She's so Kim circa Kris Humphries era. Anyway, I'm really honored that you guys feel like I could be part of this beautiful, family oriented, business savvy group of women. I hope as part of the family, my butt will grow rounder, my hair will get longer and thicker, and my sense of humor will get Khloe-r. Thank you!"

“I'm really honored that you guys feel like I could be part of this beautiful, family-oriented, business-savvy group of women,” Ashley tells Bustle. “I hope as part of the family, my butt will grow rounder, my hair will get longer and thicker, and my sense of humor will get Khloe-r.” (Don’t we all?)

Lately, one thing is certainly working for Ashley — she’s recently engaged to Jared Haibon, the fellow former Bachelor Nation star she pined over for many a season. Even though she left Winter Games with Canadian Kevin Wendt, Kevin and Ashley broke up soon after, and Jared finally stepped in. Their friendship blossomed into love, and now Ashley and Jared are set to wed next year, according to PEOPLE, and we'll see exactly how their engagement went down on this season of Bachelor in Paradise. Ashley told the magazine, “He was not showing any red flags as to what he was going to do that day. There is not a thing I would change. There were plenty of tears, so many tears.” But of course.