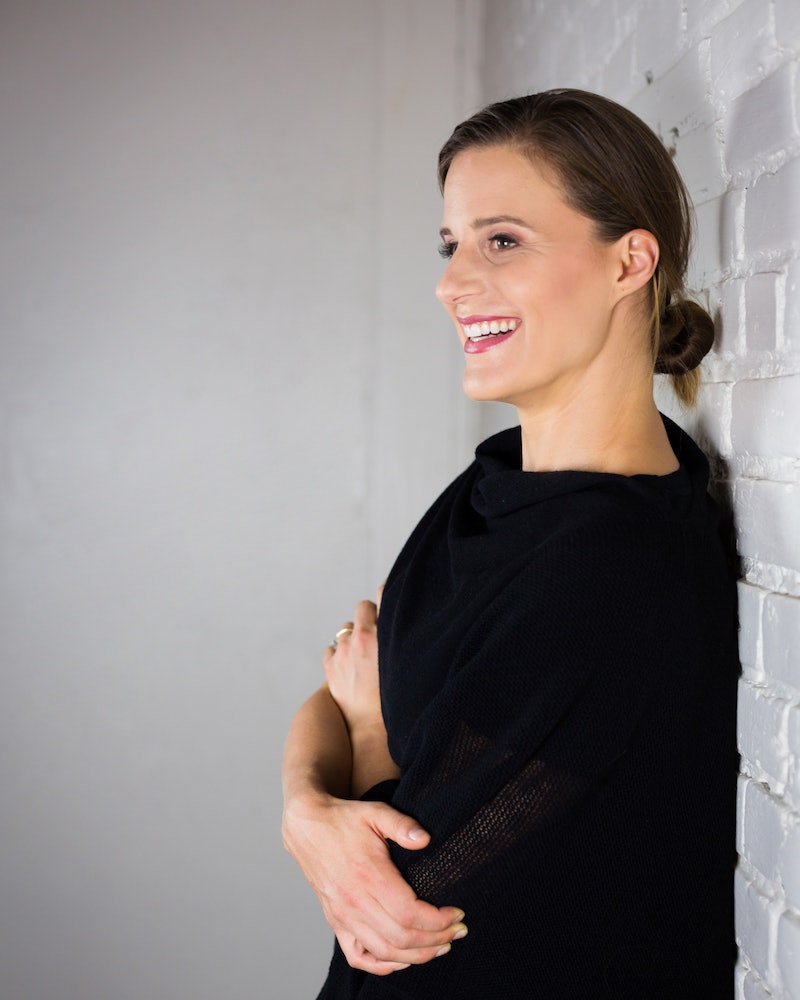 Florida author Lauren Groff did a Q&A with The Harvard Gazette, and she shut down an interview question that only women are asked in a truly iconic fashion. Her response is absolute perfection, so be sure to take note of it for the next time you're asked about your work-life balance.

In the gig economy, a healthy work-life balance is something most of us strive to achieve. But even in 2018, many women who aren't stay-at-home mothers continue to be seen as neglectful of their families, hence the constant questions about childcare, household chores, and — ugh — "babysitting" male partners. Here's the thing, folks: if you have two able-bodied, non-stay-at-home parents in a scenario, neither of them should be expected to shoulder more housework or childcare duties than the other. So unless you're going to put the same question to men, stop asking women who is taking care of their kids or how they manage to spend time with them.

And while we're on this point, let me just say that stay-at-home parents are working parents, and anyone who says otherwise has never even met a toddler, so enough with the mommy- and daddy-shaming, ok?

When The Harvard Gazette asked how Lauren Groff, who is the 2018-2019 Suzanne Young Murray Fellow at the Radcliffe Institute for Advanced Study, manages work and family as an author and the mother of two, the author said: "I understand that this is a question of vital importance to many people," Groff said, "particularly to other mothers who are artists trying to get their work done, and know that I feel for everyone in the struggle. But until I see a male writer asked this question, I'm going to respectfully decline to answer it."

Don't take Groff's response to mean that she isn't open to talking about motherhood, however. When The Harvard Gazette asked if Groff had "motherhood and childhood . . . in mind when [she] began working on [Florida]," the author replied: "A writer works from her particular urgency. Having vulnerable, beautiful, beloved ​dependents is like having had my own heart replicated and sent out into the world. Nothing feels more urgent to me than that."

This isn't the first time that Groff has used her platform as a well-known author to draw attention to gender imbalances in media, nor will it be the last, I'm sure. In May, she listed only women authors in her "By the Book" piece for The New York Times, after readers noted that many times white male authors only listed other white male authors as inspirations in the column. "Something invisible and pernicious seems to be preventing even good literary men from either reaching for books with women’s names on the spines, or from summoning women’s books to mind when asked to list their influences," she said. "I wonder what such a thing could possibly be." Groff also filled her Author's Bookshelf at NYC's The Strand Bookstore with 36 titles by women writers, "in the hope that people of all genders find themselves intrigued and pick up a book they might otherwise have ignored."

The takeaway for interviewers is this: if you wouldn't ask a question of a man, then you shouldn't ask it of a woman. Also: read more women, including Lauren Groff.