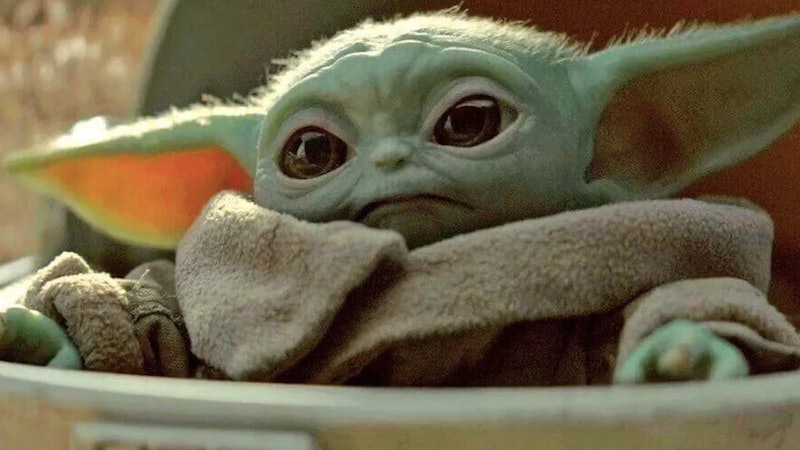 Please don’t be alarmed, but the latest episode of Disney Gallery: The Mandalorian has given viewers a glimpse of Baby Yoda’s original Mandalorian concept art — and The Child was so not cute in the early stages of the series’ development. The docuseries that offers a behind-the-scenes look and cast interviews of Disney+’s beloved series released its fifth episode, titled “Practical,” on May 29 and revealed as much. In the episode, series creator Jon Favreau walked viewers through the process of The Child’s creation and revealed that his work on the animation Gnomes & Goblins informed much of the early art.

“The look of the big ears, we had inherited that from Yoda, and I had already been preoccupied with the look of big eyes and using ears for motion because I had been working on a VR project called Gnomes & Goblins for many years,” Favreau said. “And so, the idea of the face not being that expressive, but everything was about the eyes looking at you and about the ears moving, was something that I had wanted to try. And we got lots and lots of drawings.”

Images of early concept art then filled the screen as Favreau continued, “Some of them were too cute, some of them were too ugly, some of them were the wrong proportions. But they were all informing, as we gave notes on each drawing… [we] started zeroing in on what was.” Finally, a design by Christian Alzmann became The Child we’ve all come to know and love. “We found it charming and that became the rallying image that we said, ‘This is good.’”

In one particular image, a slightly hairy (and, let’s face it, haunting) The Child is featured on the screen. In another, Baby Yoda looked much more elf and gnome-like. Check out the other images below.

And, for the purpose of brain cleansing, below is a reference of the ultimate concept art that informed the process going forward.

The Mandalorian concluded its first season last December with Mando (Pedro Pascal), fresh off a battle against Moff Gideon (Giancarlo Esposito) and his army of Stormtroopers, as he prepares to find The Child’s home to reunite it with its kind. The series was renewed for a second season and is expected to return in October. Luckily, hairy Baby Yoda will not make a Season 2 appearance.