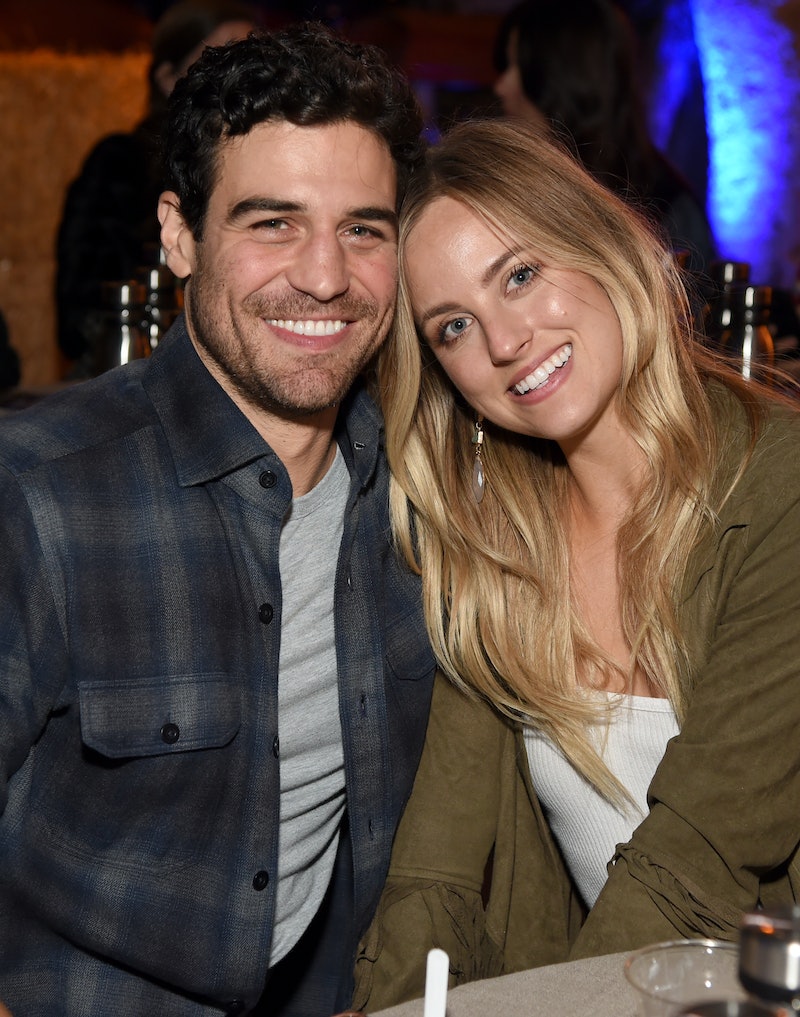 While they haven't made firm plans just yet, Joe Amabile and Kendall Long discuss engagement with such ease that wedding bells are almost definitely in their future. In a new interview with Entertainment Tonight's Lauren Zima, the Bachelor in Paradise alums shared that although no one has offered anyone a ring yet, they have discussed everything from hypothetical wedding plans to how they want to raise kids. The couple, who began dating during Season 5 of Bachelor in Paradise, are refreshingly open about their future — even though they're not entirely sure what it holds for them.

Joe (better known as Grocery Store Joe to Bachelor Nation) told Zima that although he hasn't purchased a ring, marriage is definitely on his mind. "We've talked about [engagement]," he said. "I don't think either of us are scared of it... I could see it happening in somewhat the near future."

In fact, the couple is already making wedding plans. Kendall revealed that they even have a little wedding surprise cooked up for whenever the day comes. Just don't expect the surprise to be the ceremony being televised. "I wouldn't feel comfortable," Joe told Zima when the topic of a Bachelor in Paradise wedding came up. Likewise, the couple is in agreement that they would want the guest list to be short. "If we don't talk to you on a monthly basis, [you're not invited]," Kendall said.

Due to meeting on Bachelor in Paradise, the subject of engagement has been coming up since they started dating. That hasn't always been easy for the couple, but after being together for more than a year they seem to be more comfortable with the subject than ever before. In January 2019, Kendall revealed to E! News that she and Joe were afraid of commitment when their relationship began.

"Our whole entire relationship is about being engaged…As two people who are mainly afraid of commitment, it makes it so the idea of talking about engagement isn't scary," Kendall said. "It just makes it more fun and we think that it will definitely, possibly happen someday but as of now, we want to get so many more things solidified in our life before we take the next step."

Nearly 12 months later and they're still not quite ready to say "I do," but there's no denying that the future looks bright for Kendall and Joe. With Joe promising that there could be wedding news in the "near future," maybe 2020 will be the year this Bachelor in Paradise couple ties the knot.