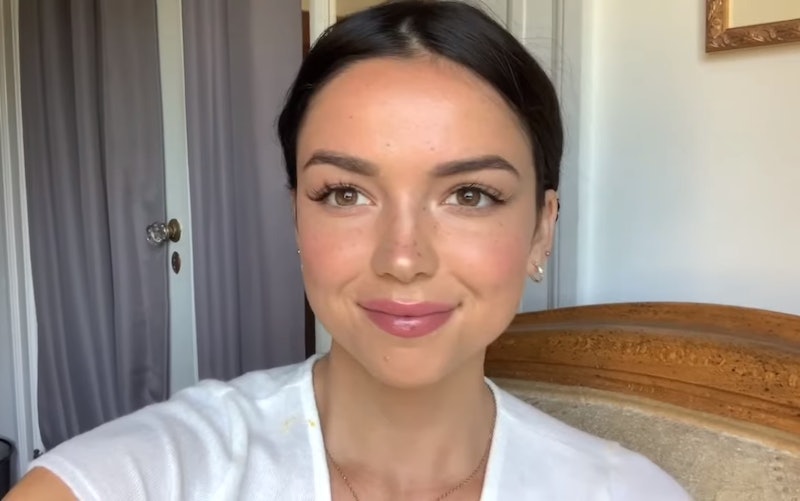 There's a new baby in Bachelor Nation. Bekah Martinez gave birth to a son, her second child with boyfriend Grayston Leonard, on Friday, June 19, she announced on Instagram the next day. "He’s. HERE. Born blissfully in our living room at 2:52am, June 19th. 7lbs, 8oz. No name yet; suggestions welcome :) Birth story coming soon," the Bachelor Season 22 alum captioned her baby's first photos.

The newborn joins big sister Ruth Ray De La Luz, who was born in February 2019 at the Natural Birth Center in Los Angeles. Like Bekah's second born, she welcomed Ruth via water birth. In a May 14 Instagram post, the then-35-weeks-pregnant Chatty Broads podcast host wrote about her impending second natural birth: "I'm not gonna lie, the thought of pushing out TWO babies unmedicated in less than a year and a half has me feeling some type of way . . . But can't wait to meet this little guy soon!!"

Days before welcoming her second child, Bekah shared what she said could've been her last photo with Ruth "before she's officially a big sister" on June 18, which she noted was her original due date. The reality star added that she didn't want to jinx anything, but she was experiencing "the exact symptoms" she had the last time she went into labor.

Bekah, who competed on Arie Luyendyk Jr.'s season of The Bachelor in 2018, announced her second pregnancy in a Thanksgiving 2019 Instagram post with the caption, "Thankful." Since then, she's kept fans up to speed on her journey to second-time motherhood on social media, sharing photos of her growing bump and giving status updates at various milestones.

"These are strange times, but also wonderful times. I have a feeling I'll look back at these months of stillness as some of my favorite," she captioned a series of beach photos with Ruth on May 26. "Nowhere important to be; nothing to do but soak up these in-between moments before a new little person makes us a family of four."

Now, the growing family has officially begun a new chapter with their newest addition's arrival.