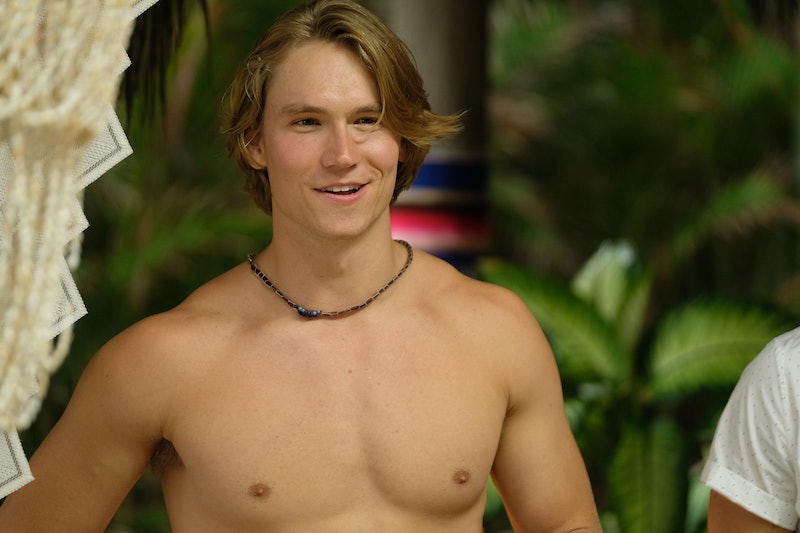 Chris discussed the upcoming season during the July 25 episode of The Ringer podcast. Podcast guest host Lauren Zima brought up the Season 6 trailer and she pointed out, "John Paul Jones is crying." Then, Chris countered, "Have you ever seen JPJ in that light?" Nope, but that's why Bachelor in Paradise is so great, fans get to see another side of franchise favorites, especially those who had limited screen time on their first season.

Chris added, "He was up in Derek [Peth]'s face. He was bawling." Unfortunately, Chris did not leak any spoilers, so it's unclear what those scenes were actually about. However, he did share the one word that comes to mind when he thinks of JPJ: "real."

What about JPJ for the next Bachelor though? Is that a possibility? Chris said during the podcast, "I wouldn't be angry. The world wouldn't be angry. By the way, in all seriousness, again, you might be shocked. Maybe he's a contender. Who knows? You really don't know."

At another point in the podcast, the Bachelor in Paradise host said they could not just select the next Bachelor from the guys on Hannah Brown's season right after it ended. He shared, "We're going to let this play out and we now have a huge, huge show called Bachelor in Paradise." He reminded fans, "Now, we also have Paradise to see if a Nick Viall comes out in the weeds." Nick was the first Bachelor selected after a BiP season back in 2016. In essence, Nick is the one who made the possible JPJ casting a possibility. Two years later, Colton Underwood became the Bachelor right after he appeared on Bachelor in Paradise Season 5.

The franchise has really evolved. Chris said, "So much can change now. That didn't used to be the case because Paradise wasn't as big." Now there are so many contenders for that lead role on The Bachelor and John Paul Jones just might be one of them. The Ringer podcast wasn't the first time that Chris praised JPJ. During the Men Tell All episode of Hannah Brown's Bachelorette season, Chris had a whole segment with JPJ.

He declared , "Nobody stole Hannah's attention, or Bachelor Nation's, quite like John Paul Jones. While his time on the show was quick, it didn't take much for him to become a fan favorite." Seriously. Especially with so many problematic contestants on the season.

With The Bachelorette coming to a close, fans are looking forward to Bachelor in Paradise. And, based on Chris Harrison's comments, they can also look forward to seeing another side of John Paul Jones.