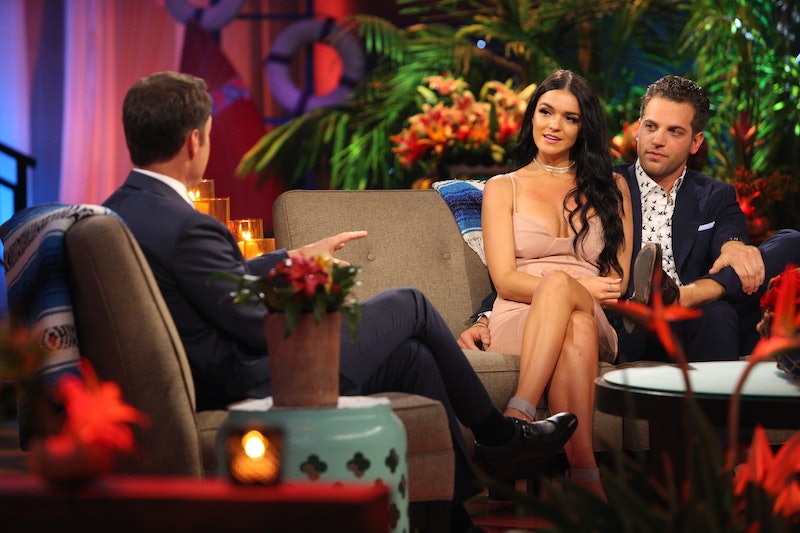 After meeting and falling in love on Bachelor in Paradise back in summer 2017, Raven Gates and Adam Gottschalk are ready to share their best advice about relationships. On Monday, Raven and Adam debuted their new podcast — appropriately titled Date Night With Raven & Adam — and episodes will drop every Monday on iTunes and Spotify. Fans can even send in questions via Instagram DM to Raven and Adam, so the couple can answer them anonymously on the podcast.

In Raven's Instagram announcement, she explained the podcast will cover "all things dating, relationships, breakups, marriage, sex, and more." On Adam's page, he teased that they'll have some "awesome guests" on the show, ranging from couples who are dating, married couples, and single people.

"Even though we found love in a hopeless place, we believe anyone can too," Raven and Adam wrote in the podcast description. "It’s a crazy world out there in dating! And sometimes a woman needs a man's perspective! And sometimes a man needs a woman’s perspective." The first episode is out now and covers the beginnings of relationships — including how to meet someone great, first dates, and everything that happens in between.

Raven and Adam's podcast actually stems from an idea several months ago. Back in April, Raven wrote on Instagram that she was "dead serious" about trying to convince Adam to start a podcast focused on giving dating advice to women. "Girls like me, who 2 years ago before I met him, thought all guys sucked or maybe he should do a podcast for guys to not suck as bad," she said.

After meeting on Bachelor in Paradise Season 4 and leaving the show as a couple, Raven and Adam got engaged in May 2019. He popped the question on a rooftop in Dallas, Texas, and the couple announced the news on Instagram.

These two are hardly the first Bachelor stars to have their own podcast after appearing on the franchise. Ashley Iaconetti and Ben Higgins host a podcast called Almost Famous, while former Bachelor Nick Viall also has a podcast, The Viall Files. Dean Unglert, Jared Haibon, and Vanessa Grimaldi teamed up for their own dating advice podcast, Help! I Suck At Dating — and that's just the short list.