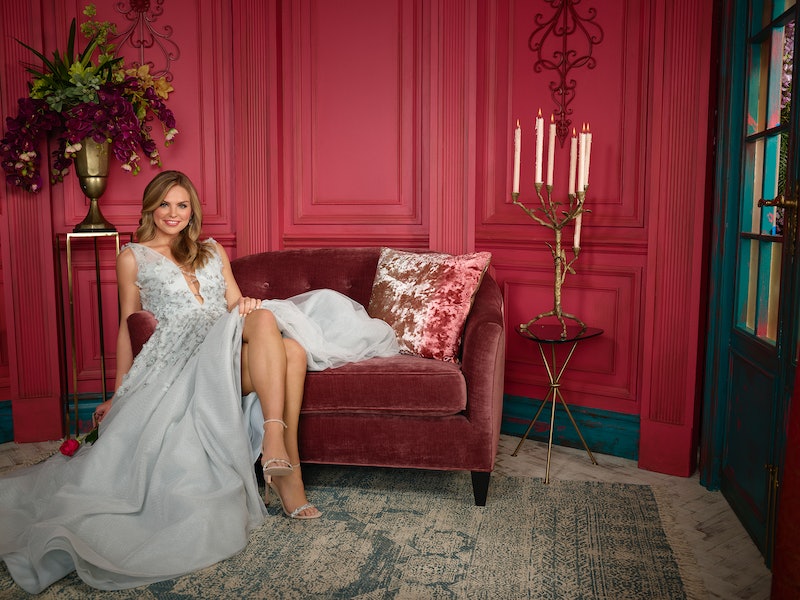 He may have won the Mr. Right Pageant, but it seems that much will go wrong with Luke P. to make Hannah emotional on The Bachelorette. During a recent interview with Entertainment Tonight, Season 15's Bachelorette named this year's early frontrunner for the villain title as the man who "made her cry the most" during her journey to find love on the ABC reality dating competition. The reason? "We'll see," she teased.

Sure, Hannah gave Luke P. her first impression rose, but everyone knows how the saying about first impressions goes. And it didn't take long for Hannah to question her initial judgment. After Luke P. publicly told Hannah during the aforementioned Episode 2 Mr. Right Pageant group date that he was "starting to fall in love" with her, the Georgia native raised her suspicions, if only slightly.

"It was very awkward with all the other guys there too and, like, an audience," Hannah revealed to ET. "It was awkward in that moment... but, I mean, honestly, part of me was kind of like, 'Oh, I'm glad this guy likes me, and that's more than like! And now everyone knows how you feel.'"

Added the Alabama beauty queen: "He was the person that I had the first real, indescribable connection with, I would say. And if anybody was going to say it, I would more so believe Luke out of anybody. [But] at the end of the night, I started questioning it a little bit too."

She wasn't the only one. In Kendall Long's Bachelorette recap for Bustle, the former Bachelor contestant and Bachelor in Paradise alum wrote that his speech left her with "one of those fake wide smiles you use when you pass by someone you kinda know on the street." As Kendall elaborated in her Bustle post:

"Luke, I don’t want to undermine your feelings, but love?! To say the L-word this early could only be explained with another L-word — lust. Most of the men on the date appeared to agree as they too fashioned the same fake, wide smile I did as Luke was crowned Mr. Right. Mr. Write You a Load of Bologna is more like it!"

Even so, it doesn't seem that Luke P. will be left without a rose anytime soon, as Hannah shared with ET that their relationship and "undeniable" chemistry will be the focus of much of the season. But let's not forget that she previewed plenty of Luke P.-induced tears on the way as well. She even noted that she was shocked to see what she called his "extreme" and "intense" blowup play out in the Bachelorette trailer.

"I haven't seen that before," she also told ET. "It's going to be interesting for me to watch some of the things that happen because I only know what happens in the interactions with the men and based off what they say to me and what I feel with them," she reasoned. "I don't know what happens anywhere else. So, to see some of the things in the teaser, I'm like, 'Oh... interesting.'"

For those watching at home, however, there's much more to the story — and Luke P. hasn't won over many fans from Bachelor Nation. Aside from an onslaught of tweets expressing hope Hannah will send him packing, former Bachelor Nick Viall also criticized Luke P., calling him a "terrible human being" during a May 13 episode of the Bachelor Party podcast.

Even first-time Bachelorette viewer Demi Lovato had strong feelings about Luke P. While watching the May 20 episode, Lovato posted a series of Instagram Stories, ultimately "warning" Hannah about her potential future fiancé. Snapping a photo of her TV screen, the "Sorry Not Sorry" singer wrote in a caption, "Hannah, honey, do not trust him!!!!!!"

Whether or not Hannah heeds these sentiments of caution remains to be seen. One things for sure, however: It all makes for great TV.