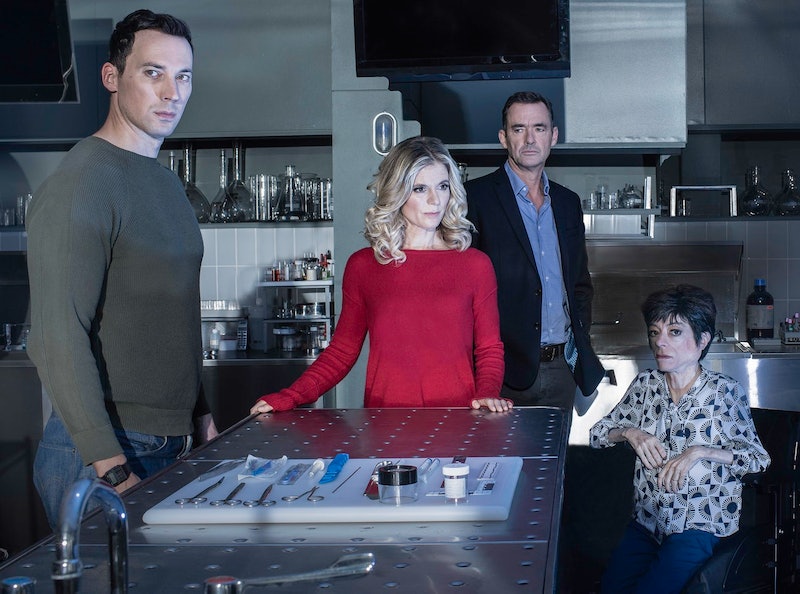 Tension-filled drama and major cast departures gripped viewers of Silent Witness on Wednesday night (Feb. 5), leaving many to wonder where the series will be heading next. Well, Bustle can reveal that Silent Witness will be returning for a further two series, which will lead into the show’s 25th anniversary next year.

“Silent Witness entertains audiences from all generations and continues to be one of the UK’s most successful returning crime drama series,” Piers Wenger, Controller of BBC Drama, said in a press statement sent to Bustle. “I’m thrilled it will continue to grip the nation in 2021, and can’t wait for viewers to see what is in store for its 25th anniversary in 2022”.

If you cast your mind back to the show’s 20th-anniversary celebrations, 2022 is going to be dramatic AF. Series 20 showcased “five explosive stories that [took] the show into new and uncharted territories as well as delving into the murky depths of city life,” the BBC writes. This took the crew as far as Mexico, so imagine what could happen for its next milestone.

Whether Silent Witness continues beyond 2022 remains to be seen. But as actor David Caves (who plays Jack Hodgson) teased last year, “as long as there’s an audience and as long as it keeps evolving, which it has to do, then there’s absolutely no reason [for it not to continue].”

In the meantime, viewers will have a year at least to get over the events in series 23’s finale, which ended with the “shock departure of two series regular characters,” as Digital Spy writes, Clarissa (Liz Carr) and Thomas (Richard Lintern). As sad as it was seeing them go, it’s been in the cards for a while.

“To quote Clarissa, ‘I just know, deep down — that it’s time for me to move on, to focus less on the dead and more on the living. On life’,” Carr said in a statement. “Originally only employed for 4 episodes as Jack’s sidekick, I am incredibly proud that I leave as a main character in one of the BBC’s landmark dramas.” The actor continued:

“Silent Witness has given me such an amazing opportunity to develop as an actor but I know this is the right time to take a leap of faith, leaving what I know and seeing what other opportunities await.”

You can catch up with the latest series of Silent Witness on BBC iPlayer.

More like this
Everything To Know About The 'Daisy Jones & The Six' TV Series
By Maxine Harrison and Brad Witter
'The Last Of Us' Has Officially Been Renewed For Season 2
By Darshita Goyal
'Boiling Point's TV Sequel Is Set To Deliver A “Rollercoaster Of Emotions”
By Catharina Cheung and Sophie McEvoy
'Happy Valley' Recreated This Moment From S1 In Its Penultimate Episode
By Sophie McEvoy
Get The Very Best Of Bustle/UK
Sign up for Bustle UK's twice-weekly newsletter, featuring the latest must-watch TV, moving personal stories, and expert advice on the hottest viral buys.